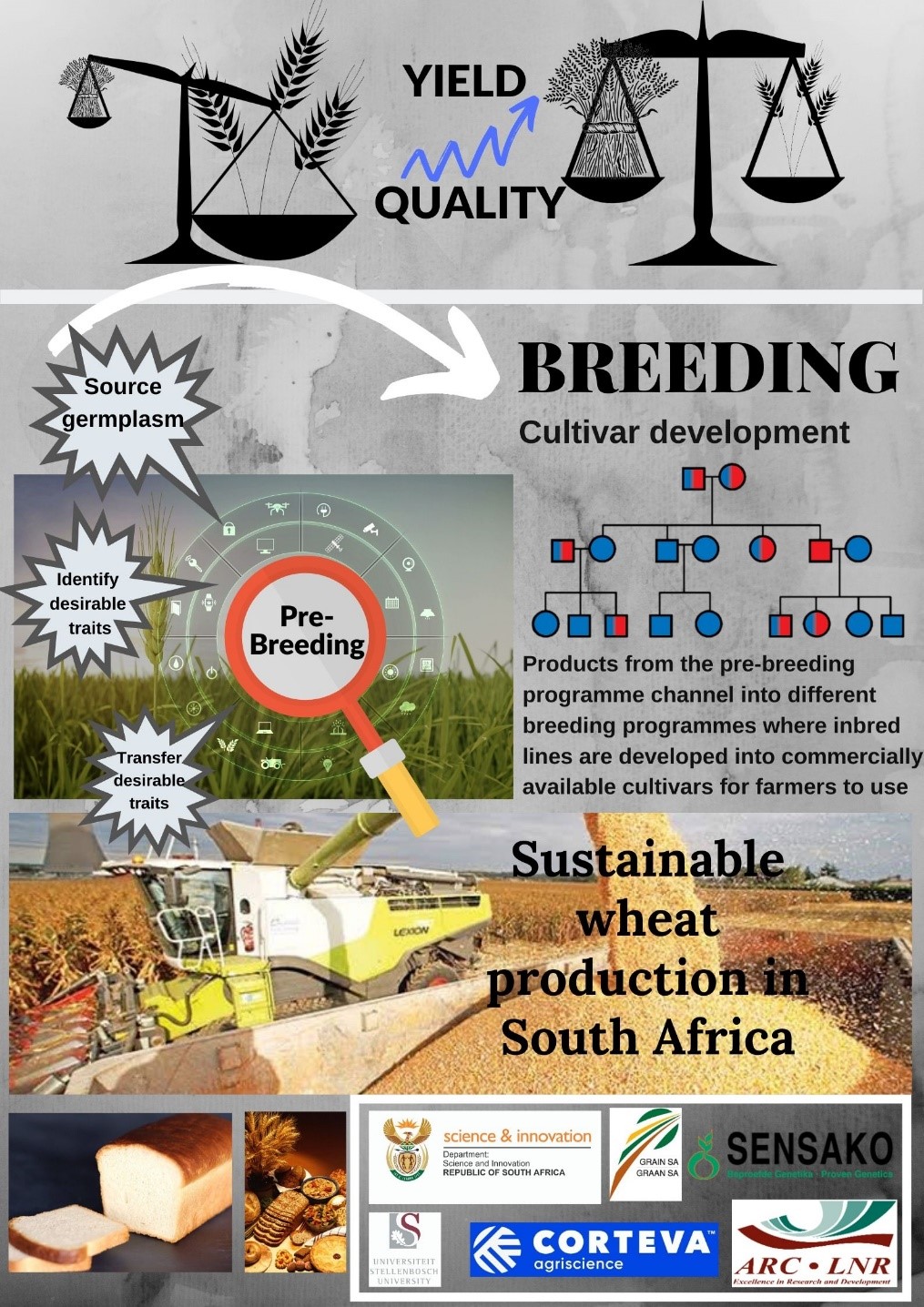 South Africa is in the process of losing its ability to produce most of its own wheat and requires urgent attention. To this end, public and private partners committed themselves to the development of the Wheat Breeding Platform (WBP).

The WBP was established in 2014 and speaks to national priorities of sustainability and food security. The WBP is accelerating the development of locally adapted, high yielding cultivars through research efforts aimed at developing new seed varieties that can withstand South Africa's harsh environmental conditions. Funding from DSI provided opportunities for an increased and more efficient use of resources through the alignment of national and regional activities and pooling of financial resources.

Pre-breeding is one of the most effective ways to achieve the introduction of existing and/or novel genes and/or traits into breeding programs. Wheat germplasm is sourced from various national and international nurseries which then enters the programme. From these lines, desirable traits are identified and transferred to locally adapted germplasm. Genotypic and phenotypic technologies are then employed to assist with selection of germplasm containing traits of interest before bulking seed for distribution to various seed companies.

The reasons for the decline in domestic wheat production are numerous; one critical aspect is the lack of adequate R&D into new cultivars. Investment in pre-breeding and breeding of higher yielding/better adapted cultivars is a cornerstone of competitiveness and sustainability in crop production. South Africa has the potential and ability to produce substantially more wheat, however, decreasing profitability led to reduced wheat production. With the necessary and continuous support and investment from public-private partnerships the present level of imports could be reduced. Due to the decrease in food self-sufficiency and the pressure on the industry’s profitability, a well-planned strategy was needed for this sector to recover.