Why are wheat prices not trading at normal levels?

The international market currently has an ample supply of wheat. The International Grains Council expects the 2016/2017 marketing year to end with closing stocks of 228 million tons. This is 30% of the world production, which is forecasted at 743 million tons (Table 1).

The high supply resulted in a decrease in global wheat prices. On a year on year basis the prices decreased with 17%. These low international prices resulted in an increase in the current wheat tariff within the local market.

This marketing year was marked by uncertainty due to the delay in the tariff announcement and the on-going uncertainty in terms of the variable tariff formula. Currently the liquidity in the local market is very low and the wheat market is not trading at normal price levels – the current Safex wheat prices are trading well below the import parity levels (Graph 2). This is also mainly due to an oversupply of wheat in the country. 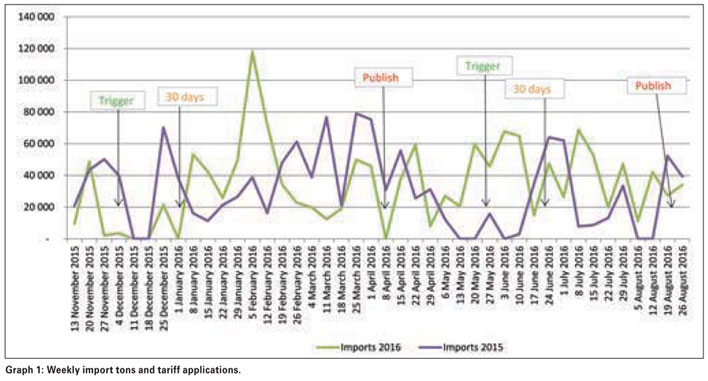 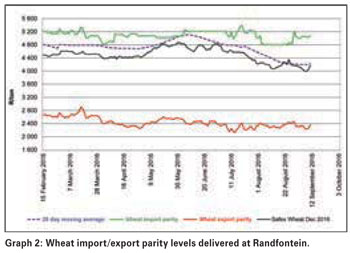 Although it is close to the end of the marketing season, there is still time left and it is expected at a current import rate of almost 40 000 tons per week that the marketing season will end at more than 2 million tons (which is a historic high). This record high for imports occurred irrespective of the high import tariffs. The bulk of the imports occurred mainly in timeframes when the tariff was triggered, but not yet published – more specifically after a 30 day period. The delay in the tariff implementation resulted in additional imports – which created the current oversupply.

Given the new outlook and production condition in the wheat producing areas and the larger carry-over stock, one would suspect that the imports for the 2016/2017 season would decrease for the new season.

The result of the oversupply is that local wheat is not sold on the local market currently and that trading activities are relatively low. This also has a direct impact on the producer's ability to pay production cost loans.

The current prices also put pressure on the margins of producers and high yields are required in order to make a profit (Table 2). The supply is enough to for at least three months, meaning that there is enough stock for up to December. Therefore, in terms of marketing it would be advisable – if at all possible – to market the produce as late as possible (and when stocks are limited). 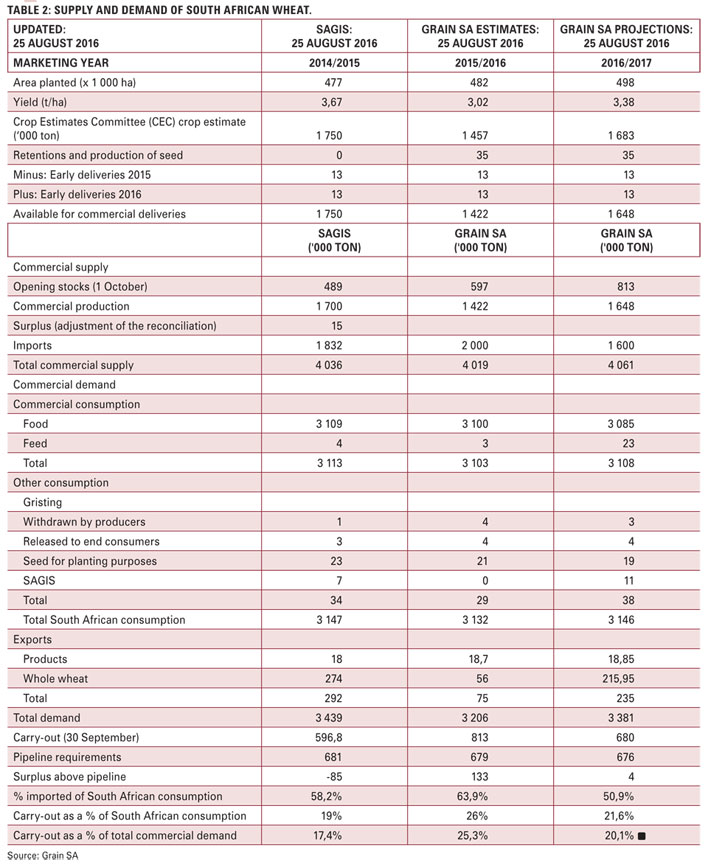