What to look out for in CANOLA as from July

The planting season is behind us and hopefully we have been able to establish an evenly spaced and uniform stand of canola. This, I believe, is the cornerstone of growing a successful canola crop.

NITROGEN (N) TOPDRESSING
The amount of N to be applied is determined by various factors:

Nitrogen sources that contain sulphur (S) are recommended to supplement the S content. A ratio of 7:1 N:S is recommended, especially on highly leached soils or soils with a carbon content of less than 1%.

Trace element supplements are recommended where analysis indicates deficiencies or in areas with a historic trace element problem.

Since boron fulfils an important function in respect of flower fertility (a deficiency results in fewer pods and fewer seeds per pod) an application of 1 kg/ha to 1,5 kg/ha of solubor as a foliar spray during stem elongation is recommended. Do not spray boron after start of flowering as flowers can be shed.

IDENTIFICATION AND CONTROL OF IMPORTANT INSECT PESTS
Regular scouting is important to identify insect pests as early as possible in order to assist in making good management decisions.

Once pests are first noted, monitor at more regular intervals to determine whether the population is increasing or remaining stable. Predators and parasites as well as adverse weather conditions (cold, wet weather) can often prevent a pest population from increasing.

Only consider a spray application once the threshold level of infection has been reached (refer to a canola production manual.)

Aphids
Cabbage aphids are the primary aphid species that feed on canola. Aphids migrate from host plants (weeds and volunteer canola) around the canola fields. Once populations infest a canola land they can accumulate very rapidly under hot, dry conditions. For this reason, it is vital to keep the surrounds of lands free from any green plants that can serve as hosts to insect pests.

Cold weather delays the increase in the aphid population and populations can even decrease in cold, wet weather. Canola is extremely sensitive to aphid infestations during early growth stages. Heavy and prolonged infestations during the flowering and early pod formation stages can cause severe damage to both flowers and pod setting. It is particularly important to protect canola from aphids under conditions of moisture stress. Regular monitoring of aphid infestation levels is important. Aphids feeding on the flower buds at the initiation stage will inhibit growth of the canola plant. Mature canola has a higher tolerance to aphid infestations. When deciding whether to spray or not it is important to determine the number of infested plants rather than the number of aphids per plant. Many different predators and parasites feed on aphid populations which makes it important to only spray when the aphid infestation is on the increase and has reached the spray threshold level.

Diamond back moth (DBM)
The first signs of a DBM infestation is when small grey-brown moths with a white diamond patterned stripe down the centre of the back, when the wings are folded, are noted in a canola field. This sporadic pest can occur from as early as the rosette stage of the canola but normally starts infesting fields from the stem elongation stage. Canola can tolerate increasing numbers of DBM without any significant yield losses when in the vegetative growth stage. As flowering progresses, increasing numbers of larvae move to flower buds, flowers and pods.. 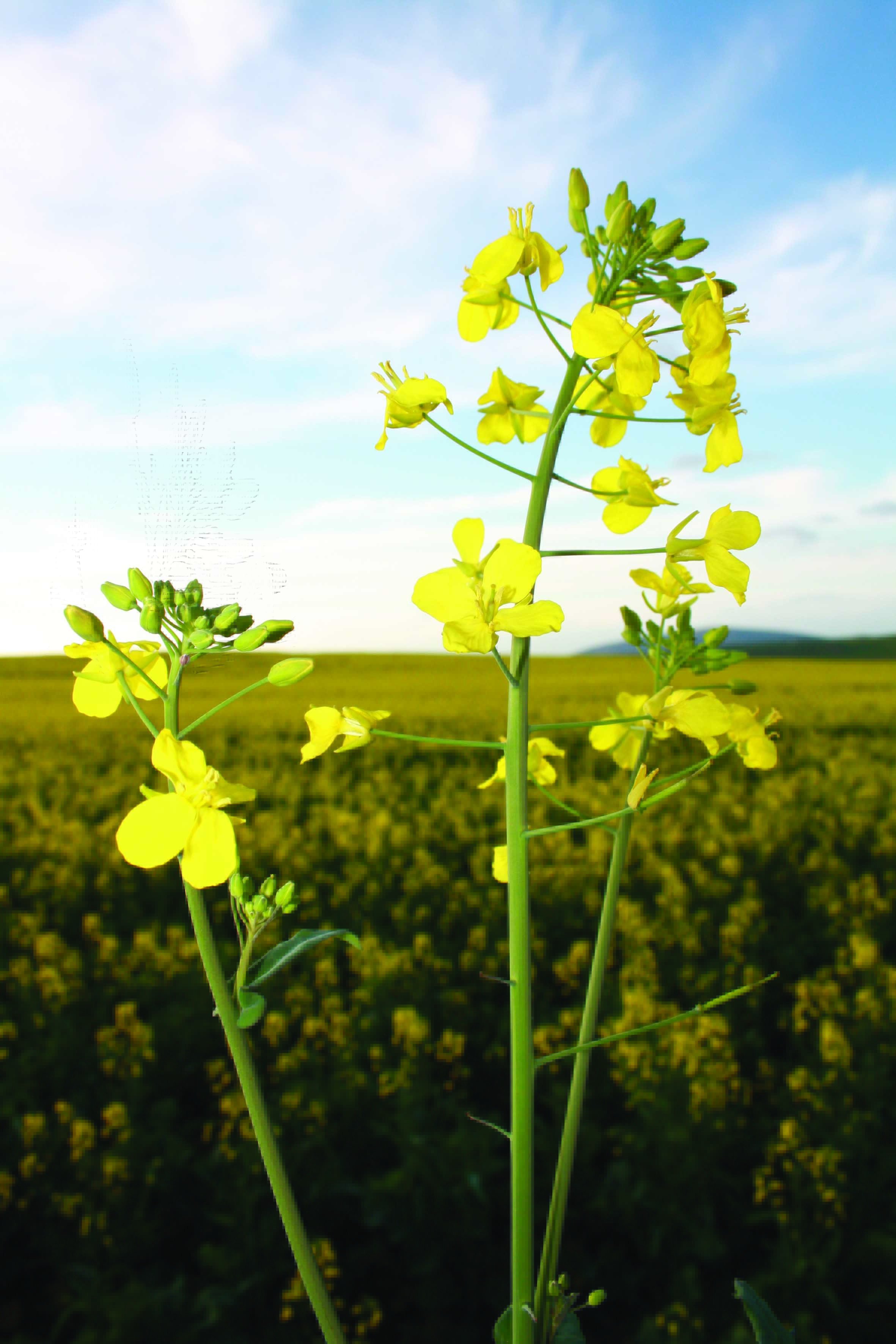 The female moth can lay more than 100 pale yellow eggs in her lifetime. The eggs hatch after four to six days, with the first stage larvae burrowing into leaf tissue. The next three larval stages feed on leaf tissue. Larvae grow up to 12 mm in length. When canola enters the reproductive stage, these larvae can cause serious yield losses. The lifecycle, from eggs to moths, can be as short as 14 days under warm climatic conditions, resulting in a population explosion. Under these conditions there will be considerable overlap of generations and all stages of DBM will be present in a crop at any one time.

Sampling for larvae should be done regularly. When 10 or more larvae of 3 mm to 4 mm in length are counted, scout more regularly. Should the population remain stable, continue scouting. When the population reaches the damage threshold level for the specific development stage, commence spraying.

Bollworms
Bollworm eggs are laid singly on the upper surface of leaves. The night flying female moth can lay as many as 1 000 eggs in her five to eight-day lifespan. These eggs hatch after five to seven days. The small larva (less than 1 mm) feed on leaf tissue and will moult six times within 14 to 18 days and grow into an adult larva of up to 3 cm in length. Egg laying usually coincides with the start of the flowering stage of canola. Regular scouting for the presence of bollworm moths, scouting for bollworm eggs which are easily visible to the naked eye or using bollworm pheromone traps will assist in identifying the commencement of a bollworm infestation.

Bollworm populations can increase rapidly, especially under hot, dry conditions and heavy infestations can cause extensive damage to the crop. Heavy aphid infestations appear to favour bollworm because the moths are attracted to the aphid honeydew as a source of food. Only start spraying bollworm when the threshold level of five to ten worms per m² is reached.

The next important consideration for canola farmers is spraying for Sclerotinia, should conditions be favourable for the disease. The correct time to windrow and/or direct harvesting are also important decisions that must be made and will be covered in another article.