What the Boers can teach us about South Africa 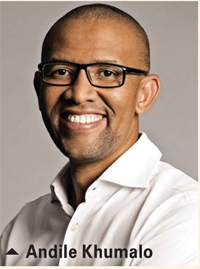 Growing up in Umlazi in the 1980s and 1990s, I understood the word 'Boer' to mean something very different from the Afrikaans word for ‘farmer’. While I had to study Afrikaans through most of my school life, it never quite registered in my mind that those we knew as ‘Boers’ started out as mere farmers.

My visit to this year’s NAMPO Harvest Day, hosted by Grain SA, was a harsh reminder as much as it was a refreshing eye-opener. It reminded me that the core identity of the agricultural sector of South Africa was still the Boers of my youth.

But it also turned out to be a revelation about some of the progress that had been made by the industry and the government, especially the Land Bank, in supporting black emerging farmers. Former newspaper chief and now emerging farmer Herbert Mabuza, told a story of how he visited a farm in 2007 and told the owner he liked it and wanted to make an offer:

‘He took one look at me and said, “Kan jy boer?” (Can you farm?). I told him I couldn’t farm and right there he told me he would not sell to anyone with no farming skills.

‘I then challenged him that since I was a keen buyer and he was a keen seller, we clearly needed to work something out. He offered that I come around the farm and he would show me the ropes. I started visiting the farm and learning how to farm. Ten years later here I am.’

There are a number of stories across South Africa similar to Mabuza’s, but they don’t often make it into the mainstream. Work done by agricultural journalist Peter Mashala a few years ago reveals a collaborative energy we hardly hear about.

Isak Khuto was a 2009 Grain SA Developing Grain Producer of the Year finalist. He produces grain, raises cattle and sheep and also has several hectares of land on the farm he bought outside Ficksburg. Khuto told Mashala that the two key factors in his success were hard work and the relationship he had with the commercial farmers around him. When he moved onto the farm he had nothing but his livestock and his neighbour helped him kick-start his grain farming operation. ‘He provided advice and implements and even let me use some of his land at no cost,’ said Khuto.

William Matasane was the 2010 Grain SA/Absa Developing Grain Producer of the Year. In 2004, after years of working as a waiter and then as a restaurant manager, Matasane bought a 400 ha farm, Verblyden, outside Senekal in the Free State. He had long finished paying off the farm, which he bought with a Land Bank loan. In fact, he now leased additional land from other farmers, where he planted grain, as well as municipal land for grazing. When Matasane first bought the farm, he didn’t know where to start as he only knew a bit about cattle.

I knew nothing about grain farming and had no equipment,’ he said. Had it not been for his neighbour’s help, he told Mashala, he wouldn’t be where he was today. The neighbour he was referring to was Philip Basson.

‘In my first year, I used his implements and resources to help plough my lands without any payment,’ Matasane recalled. The stories above highlight the power of collaboration and what it can do to help us achieve meaningful and sustainable economic transformation and bring to life this ideal of inclusive growth.

Roelf Meyer, a key negotiator in the talks to end apartheid in South Africa, had an interesting analysis of where we could have gone wrong. ‘From the day that Madiba walked out of prison to the day we completed the constitution was in fact seven years. The truth is we started off with the negotiations with real misgivings about each other. There was a lot of mistrust. Fortunately, through the process of dialogue, we started to learn to know each other and the social cohesion that developed through that was massive.

‘In my view, that is the real reason we ended up with a peaceful settlement in South Africa. But, in recent times I have been asking myself what we should have done differently with regard to the ongoing need for transformation.

‘I have come to the conclusion that we should’ve continued with the process of dialogue – a dialogue on the real economic transformation of the country – sector by sector.’

Imagine if the dialogue had continued. Perhaps these isolated stories of successful collaborations would have been the norm by now and helped us all to understand that even a black woman could be a Boer.

Note: This article first appeared in Business Times on 21 May 2017. Andile Khumalo is chief operating officer of MSG Afrika and presents Power Business on Power 98.7 at 6 pm, Monday to Thursday.