Topsoil: A valuable component of soils 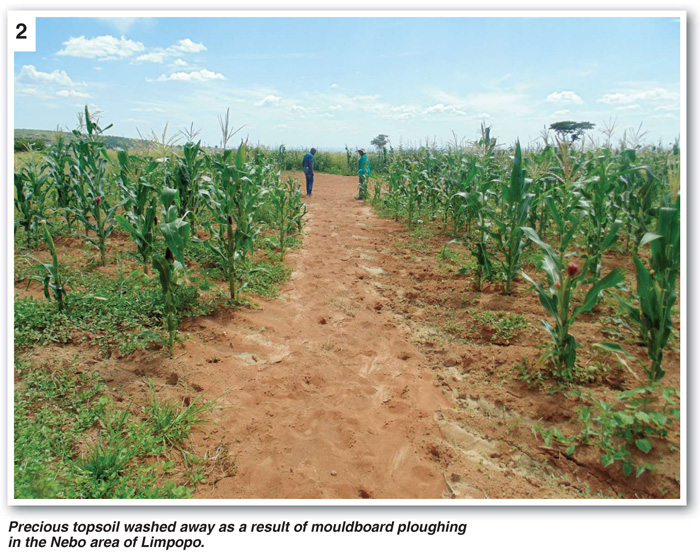 Being land users, I sometimes ponder on the truth about our responsibility. Are we aware of our stewardship? Preservation of the land is the responsibility of those who work the land. In all this, the topsoil (the uppermost layer, 15 cm - 20 cm deep for most soils) is the most important, but also the most vulnerable component of our land. Among others, topsoil has the following important functions: 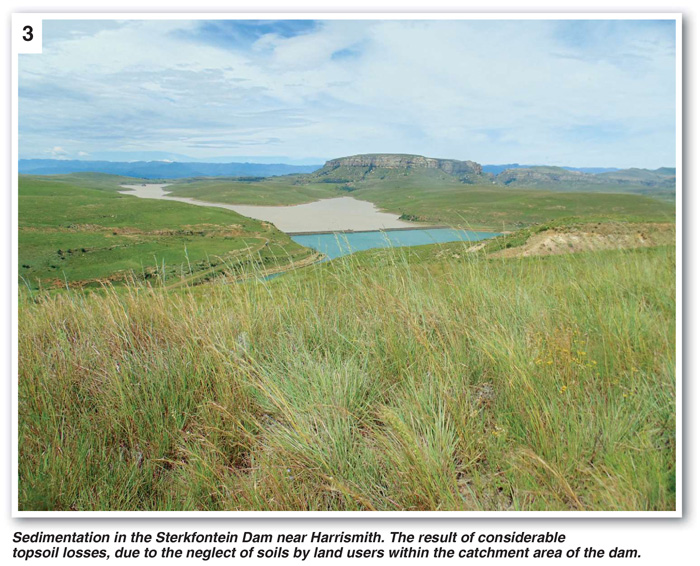 I recently read that in 1950, 0,5 ha of arable land were globally available per person. In the year 2000, this area has decreased to 0,25 ha per person and due to the increase of the world’s population, it is estimated that, by 2050, this area will decline to only 0,15 ha per person. We can therefore not afford to lose one more volume of topsoil (Photo 2 and 3).

Traditionally, the majority of soils in our country were ploughed (mouldboard plough) and in many cases disc ploughs were used to pulverise soils even more harshly. These rigorous tillage practices leave the soil bare without cover. Bare soils (Photo 4) are vulnerable and prone to conditions such as: 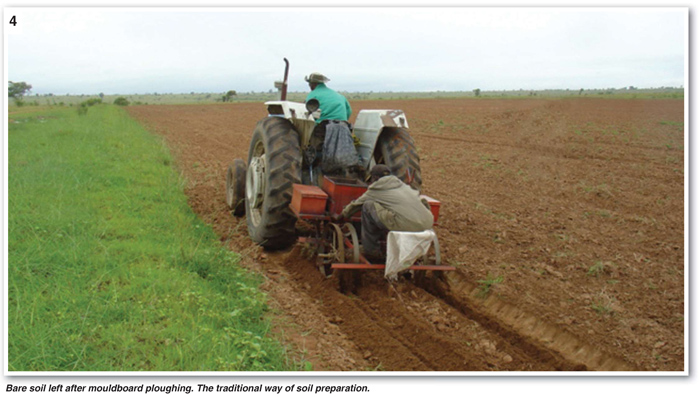 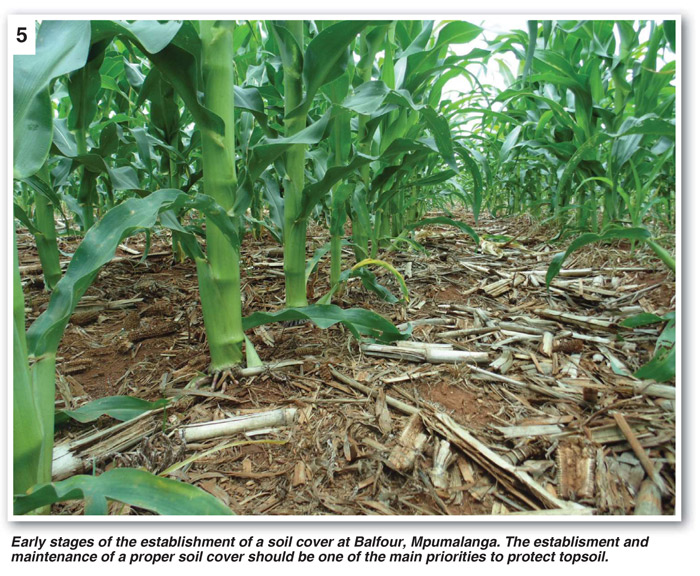 Establish a permanent soil cover on your topsoil and increase the soil organic matter content of the soil
I am convinced that the proper practice of conservation agriculture (CA) that includes no-till, holds the answer to put a stop to the loss of topsoil in our country. Conservation agriculture provides us with the means to protect the land and to work towards the rebuilding of degraded soils. Minimum disturbance of the soil and the establishment of a cover on the surface (Photo 5) and later, a permanent cover of the soil is an answer to protect our land against topsoil losses.

The value soil organic matter can add to restore and build your soil are: