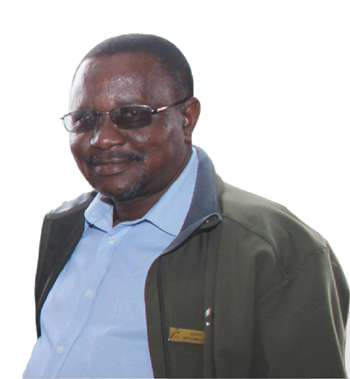 In this series of The Corner Post we feature the mentors and provincial co-ordinators who form part of the Grain SA mentorship programme, giving advice on how to achieve your own goals and dreams.

It has been proven that people learn much faster from ‘hands-on’ experience than they do by simply watching someone else doing the activity. To do something hands-on, means you gain knowledge while doing something, rather than just learning about it from books or lectures. Jerry Mthombothi, Grain SA Provincial Co-ordinator, believes this is the reason why the mentorship programme of Grain SA has been one of the most successful programmes in developing and equipping emerging farmers.

From a job to a passion
‘I am passionate about the job I am doing now,’ says Jerry who worked for the Department of Agriculture as an extension officer for 19 years before joining Grain SA in February 2004. ‘The biggest difference between these two jobs is that in government I worked with papers and now I work with people.’ Jerry laughs and adds ‘I work closely with farmers now and love every minute of my job.’

Currently his responsibilities include transferring skills to developing farmers who are planting maize in the Mpumalanga Highveld region – mainly in Carolina and Badplaas. With almost 500 Jobs Fund farmers under his supervision, mentorship forms part of his job description. Jerry visits each of his 20 study groups twice monthly. During planting season mentors are employed temporarily to assist with the necessary advice.

To see his farmers succeed brings him immense joy. ‘Their accomplishments have become my success story,’ he says. Some of the farmers were only producing 15 to 20 bags/ha when he started mentoring them to improve their farming skills and agricultural practices. Now they are achieving yields of 6 tons/ha with some even reaching 10 tons/ha.

One of these successful farmers, Mavis Nomvula Hlatshwayo (55) from Mpuluzi in Mpumalanga, was announced as the winner of the 2017 Grain SA/Absa Subsistence Farmer of the Year. With Jerry’s input and the support of Grain SA Mavis and her team introduced the new farming methods and harvested more than 8 tons/ha in the past season. This just proves the value of the mentorship programme. ‘It works,’ says Jerry. ‘Hundreds of farmers are benefiting from it. With further guidance about correct agricultural practices the country can be sure that enough food will be produced.’

Effort and commitment makes the difference
American TV personality and personal trainer, Jillian Michaels, once said about exercise, ‘It’s not about perfect. It’s about effort. And when you bring that effort every single day, that’s where transformation happens.’ As many sport stars (and students) know, you get out what you put in. If you want more, you have to do more. That’s the only way change and growth occurs. Jerry is a firm believer in this principle and feels it also applies to farming.

He therefore focuses on these key areas to help farmers realise higher yields:

To see his farmers generating more money, excites him as he knows that their lives will improve. There will be money for a better education for their children and they will be able to invest in better supplies to further improve their farming enterprises. ‘There really is a lot of value in this programme. The proof can already be seen – farmers are being taught skills to follow better agricultural practices and they are increasing their yields. With more money they can improve the quality of their lives.

This month’s edition of The Corner Postwas written by Louise Kunz, Pula Imvula contributor. For more information, send an email to louise@infoworks.biz.