Standing on the shoulders of giants… WHERE ARE THE GIANTS? 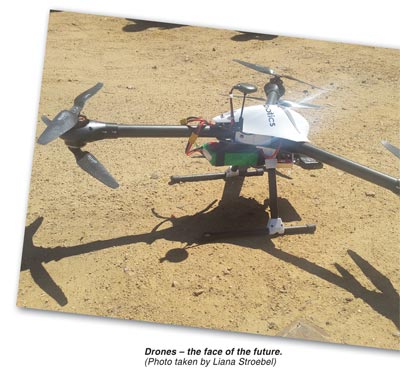 In the last issue we discussed the importance of continuous education and purposeful enquiry into matters which affect both farmer and farm enterprise development. All farmers must continuously learn from others.

In fact our current successes are due to those who have come before and paved the way for us. In this issue we take a look at ‘the giants’ and ask ourselves the question: Who should I learn from? Who has gone before me that I might learn from?

The investigative work in the field of Research and Development (R&D) is that work which goes before the farmer and offers him broad shoulders to stand on. It includes experiments conducted in laboratories, small trial plots grown at research stations around the country, it is the development of drought resistant seed and the testing of sprays and chemicals…it is knowledge accumulated from the work of many experts pursuing excellence in agricultural production to ensure that as farmers we produce sufficient food as efficiently and economically as possible.

Henry Ward Beecher described the ‘behind the scenes’ work of the scientist and researcher well, likening it to the growth of a plant: ‘There are three periods of growth in every plant. The first, and slowest, is the invisible growth by the root; the second and much accelerated is the visible growth by the stem; but when root and stem have gathered their forces, there comes the third period, in which the plant quickly flashes into blossom and rushes into fruit...at length comes the sudden ripeness and the full success; so he who is called in at the final moment is but the reaper and not the labourer. Other men sowed and tilled and he but enters into their labours.’

The scientists and researchers are men and women who pour information into the reservoirs of our knowledge which illuminates the way forward. They work in quiet places just like roots growing into dark soil or are found pushing boundaries of traditional practices bringing new knowledge into the light, like the stem. These discoveries all contribute towards empowering agriculturalists to bring forth life in the form of the food, fuel and fibre which humankind needs for survival. If farmers are the reapers and scientists/ researchers are the labourers, then we need to ensure that there is an environment that attracts researchers who can apply fresh thinking to modern challenges.

Agriculture is broad in its scope and draws from a wide variety of disciplines for expertise such as engineering, architecture, information technology, manufacturing and transportation. It uses knowledge gleaned from the world of mathematics, astronomy, meteorology, geography and geology amongst others. It is impossible for farmers to keep their finger on the pulse of such diversity without help and this is what our farmer organisations, watchdog bodies and research and development centres should be doing on our behalf. It is the responsibility of both public sector and government departments to ensure that wide sources of current information are consulted and tested, then filtered to the farmers for implementation when appropriate.

The National Agricultural Research and Development Strategy compiled in 2008 stated that it recognised the need for prioritising research in the sector particularly in the light of lagging public investment into agricultural research. It also recognised that we are a sector facing monumental challenges such as adaptation to climate change, crop production to meet the needs of food security, etc. The strategy recognised the need for collaborative research and partnerships and also the importance of targeting relevant projects rather than simply doing research for the sake of research. Grain SA has to this end long been closely involved with Agricultural Research Council (ARC) project planning to ensure that relevant issues are addressed through research; so that the results are meaningful to farmers at grass roots level and contribute towards improved production.

R&D in Sub-Saharan Africa is however an area of grave concern to leaders in agriculture. The International Food Policy Research Institute states that the quality and quantity of agricultural research outputs here is being constrained by underinvestment, inadequate human resources, poor infrastructure and lack of coherent research policies. Agricultural researcher positions are characterised by low wages and poor conditions of service resulting in the ‘brain drain’ with our best qualified researchers leaving for better posts. The result of this trend is important research is conducted by scientists holding bachelor and masters qualifications rather than PhD’s. A University of Pretoria survey observed that the ARC alone lost over 300 researchers from the mid-1990s to 2008. 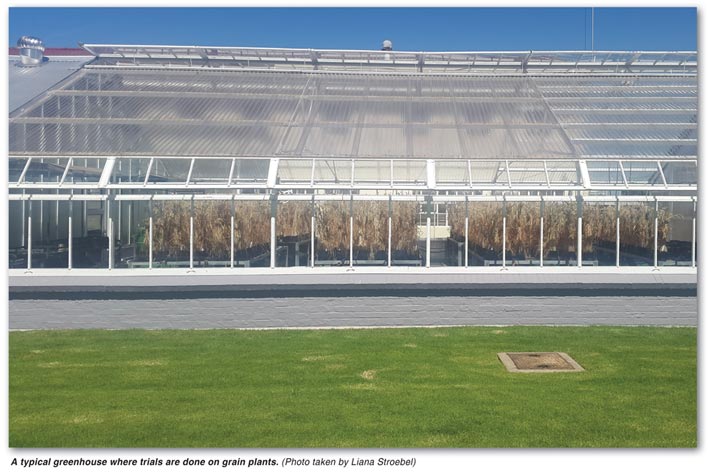 Agricultural research and technological improvements are essential for the increase of productivity as well as for improving the economic viability and sustainability of farming in the region. Professor Jasper Rees of the ARC says, ‘New technologies have the potential to transform agricultural production and food management systems, and they range from remote sensing systems in precision agriculture, to genome engineering technologies for plants and animals. Innovation in agriculture will indeed go a long way to boosting productivity, creating employment and bettering food security’. It not only contributes to food security but helps alleviate rural poverty. Research is also important since it provides key information to policy makers and funding agencies.

There is an urgent need to reverse the trend of disinvestment into research and development. At the Africa Agricultural Science Week held in June this year, Dr Akinwumi Adesina, president of the African Development Bank said ‘We need to invest more in agricultural research so that our agriculture can be efficient and let Africa to be a processing centre instead of a consumption centre’.

If the matter of agricultural research and development isn’t placed high on the priority list we run the risk of not having any giant shoulders to stand on – and instead we’ll only be left with ‘the blind leading the blind’!