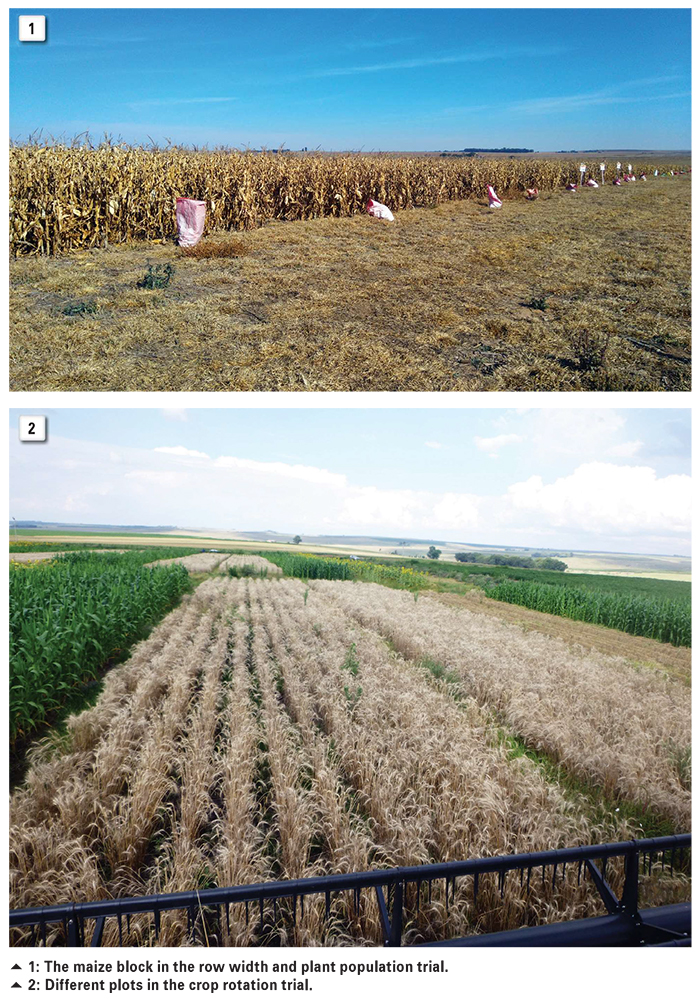 Conservation Agriculture (CA) is a holistic approach to the improvement of soil health and the sustainability of crop production. Grain SA, in collaboration with the Riemland Farmers Study Group, VKB and ARC-Small Grain, is involved in on-farm CA trials in the Reitz district, which aim to adapt and promote CA practices in the specific area.

The research focuses on two aspects that are both relevant in adapting CA systems to local conditions, namely:

The Maize Trust funds the project, which commenced in the 2015/2016 season.

The trial design was in the form of two factorial blocks, which included three replicates of the randomised treatments of each crop. The maize and soybean blocks were rotated annually. Graph 1 summarises the monthly rainfall from January 2015 to December 2017. A total of 114 mm of rain occurred before the planting date of both crops on 23 November 2016. However, the average plant emergence was disappointingly low with 68% for maize and 71% for soybean. 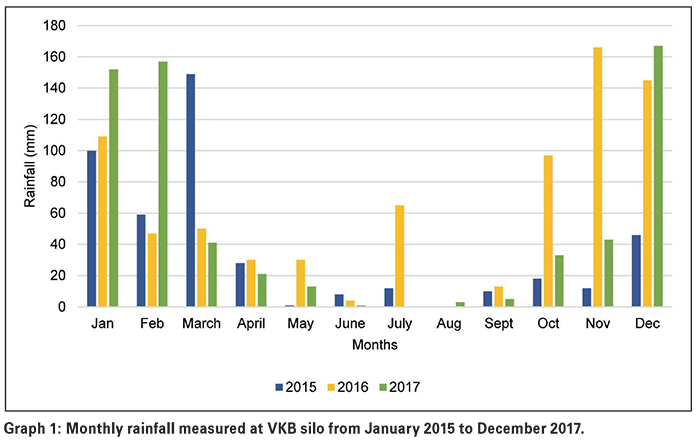 Harvesting of the soybean and maize took place on 20 April last year and 16 May last year respectively. The yield results for the 2017 season are summarised in Table 1 and Table 2. An average yield of 7,53 t/ha was realised for maize and the soybean block produced an average of 2,92 t/ha.

Table 1 shows that plant population had no influence on the maize yield, while the 50 cm row widths had a significantly higher yield than the 100 cm rows. The yield of the treatment combinations showed significant differences, with the combination of 80 000 plants/ha and 50 cm row spacing producing the highest yield. 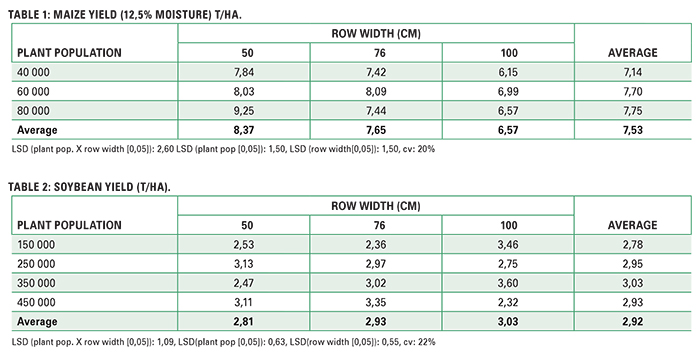 Row width as well as plant population had no impact on the soybean yields (Table 2). Significant differences were observed in the treatment combinations and the 350 000 plant population produced the highest yield in combination with the 100 cm row spacing. More research is needed to confirm the results.

The rotation trial to evaluate the viability of crop sequences
Two crop rotation trials were planted on the farms Van Rooyenswoning and Emden in the Reitz district (Photo 2).

The trial layout was randomised blocks, with four replicates of the following six crop rotation treatments:

Table 3 shows the history of the crop sequencing treatments since the trial commenced with soybean as the first crop on all the plots. In June 2016 rotation treatments two and three were planted with wheat and treatment five with a winter cover crop mix.

The cover crop mix was terminated in September 2016 and the wheat was harvested in December the same year. Sequencing of maize on treatments one and five, and sunflower on treatment four, followed in November 2016.

In rotations two and six sunflower and sugar bean were planted in January last year as catch crops. Harvesting of the sugar bean and other summer crops took place between May and June last year.

The combined crop yields of the two localities are summarised in Table 4. Lower total rainfall until June 2016 had a huge impact on soil moisture and reflected negatively on yields – especially in rotation systems two and six with the catch crops. Although systems one and four had a fallow period of five months, the soybean stubble did not contribute much towards moisture preservation.

Valuable data were obtained, in spite of difficult weather conditions and several challenges with weed control in the rotation trials. Plantings for the 2017/2018 season were established successfully and will be used as demonstrations during the Landbouweekblad conference in March this year. 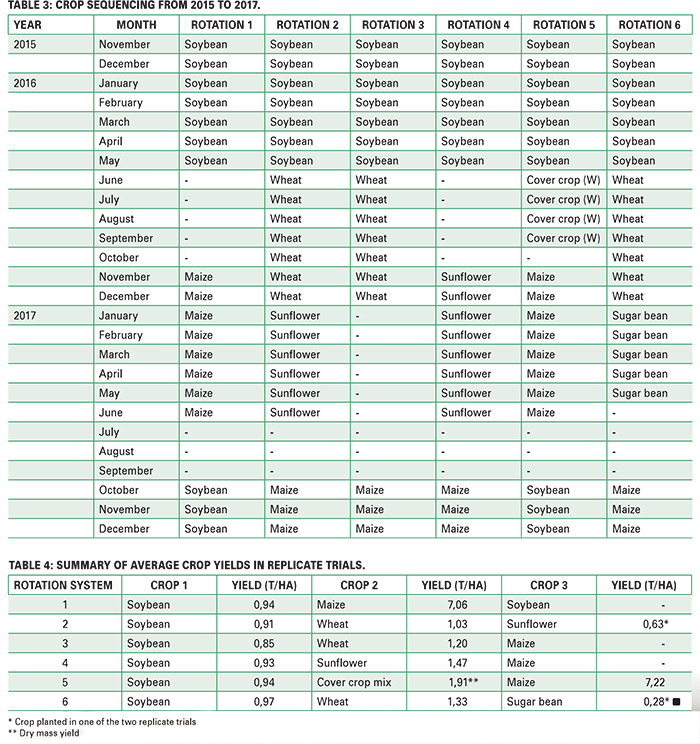