Selection of the best cultivars is a difficult task

Every season the farmer has to decide which cultivars are to be planted during the next season. A correctly planned cultivar choice can contribute tremendously to reduce risk and constitutes an important part of the producer’s production planning.

Cultivars differ in one or more number of characteristics. Each cultivar has a particular adaptability and yield potential that includes yield stability and compensation ability. Variability of cultivars provides alternatives, which can be utilised effectively. 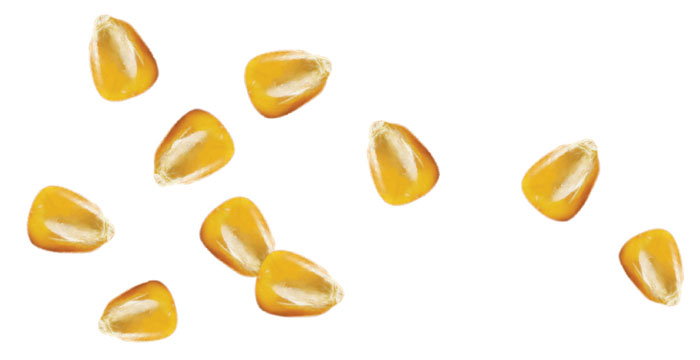 The following are important guidelines in cultivar planning which must be considered:

CULTIVAR PLANNING
There are a few important aspects to consider in selecting the best cultivar which include yield performance and hedging of risk. It is complemented by the hybrid’s agronomical characteristics and disease tolerance attributes. This is why it is important to attend cultivar farmer’s days to go and see and evaluate the different cultivars. All the seed companies like for example Pannar, do have annual farmer’s days with all their cultivars available on display.

It is important to evaluate the different cultivars according to certain criteria for example:

The ARC-Grain Crops Institute (ARC-GCI) in cooperation with agricultural businesses and the seed industry attempt to satisfy producers’ requirements and evaluate the different cultivars. The responsibility is with the producer to test new or unknown cultivars first before replacing the known cultivars on a large scale. The ARC-GCI publishes the cultivar evaluation data on a yearly basis. This information is also available on the Grain SA website, www.grainsa.co.za.

Secondly, the average yield of the cultivar for the set of trials used is presented. Thereafter the yield tendency of the cultivar is described by the slope of the regression line. If the slope is greater than 1.0, it indicates a higher potential cultivar; smaller than 1.0 a lower potential cultivar, while a value near or equal to 1.0 indicates a widely adapted cultivar.

Lastly, the yield stability is indicated by the D2-values. With D2-values approaching zero, the cultivar can be expected to be more stable and predictable in terms of yield achievement, and the greater the D2-values are, the more the yield would vary between seasons.

The procedure to be followed in the making of cultivar recommendations is briefly as follows:

CULTIVAR GROUPING
Cultivar grouping should be done according to the production region’s adaptability and best practices. It is important to select a cultivar that suits your region’s climatic conditions. Look at the heat unit, precipitation and production for which yield probability values were calculated.

Select a cultivar that can withstand the disease and insects in your region. It does not make sense to plant a cultivar and for instance grey leaf spot wipe out the total crop because the cultivar is not tolerant to grey leaf spot.

The farming practice applied will also rule out some cultivars. If you want to for instance incorporate roundup herbicide make sure that the cultivar planted is tolerant to Roundup. If it is not the case the maize will be killed by the Roundup.

The growing season length is also a very important aspect. Frost will result in major yield loss. Make sure that the growing length of the cultivar will suit your planting date as well as the first date to expect frost.

The cultivar selection is a difficult task. Don’t be afraid to ask for help. Contact the seed representative in your area and with their help make a selection of the cultivar you need to plant. Also discuss with them the best management practice to apply for the different cultivars. Some cultivars are difficult to emerge but with the best practices the yields are much better than the average.

Profit is the main focus point of a farmer. Compare the different farming systems profitability and select your seed to maximise the profit. Just remember with all said, timing will also play a major role in your success. Be on time plant within the best planting window and reap the success.

Because of the limited availability of stock it is essential to do your seed selection and order as soon as possible. The seed company will reserve some seed for your planting.