The area planted to groundnuts in South Africa has been fluctuating over the years, mainly due to dry weather conditions. This significantly affects production.

A majority of the groundnuts are planted in the western parts of the country, with about 34% in the Free State, 32% in the North West and 29% in the Northern Cape. A small minority is grown in Limpopo (5%). This article looks at groundnut production over the years and what can be expected for the 2019/2020 season. 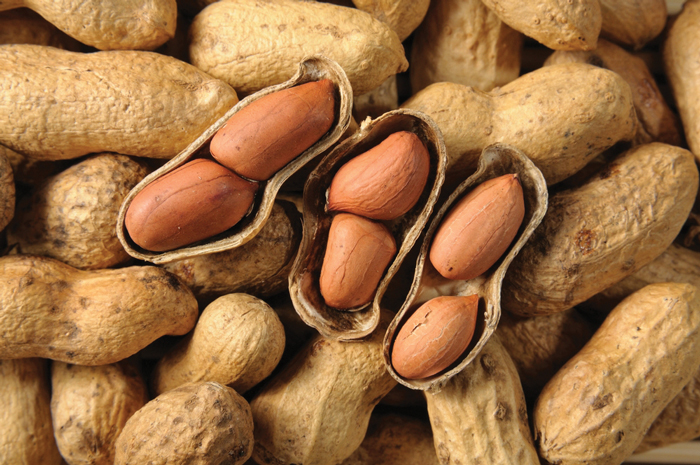 Local demand for groundnuts has been consistent over the years with an average of 70 000 tons per year. Yield over the past two seasons has been about 1 t/ha and the expectation is that it will be the same or higher for the new season.

Figure 2 shows South African imports and exports of groundnuts. South African groundnuts are highly sought after on the world market due to the taste and shape. On average, about 25% of South Africa’s crop is exported. Whenever we plant less throughout the years, we can see that the imports also increase i.e. 2016/2017 and 2019/2020.

Figure 3 shows producer parity prices of processed and graded choice grade groundnuts. South African farmers can earn a healthy premium from locally produced groundnuts. However, unlike other crops there is no Safex price discovery mechanism for groundnuts, therefore affecting transparency of the market. Most groundnuts farmers, plant with a market already secured mainly for edible groundnuts and crushed groundnuts, as seed and for the animal feed industry. Contract prices are based on a fixed or minimum price. 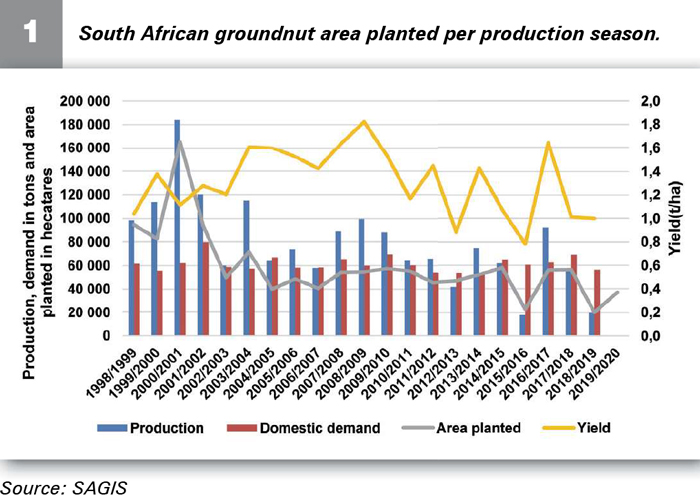 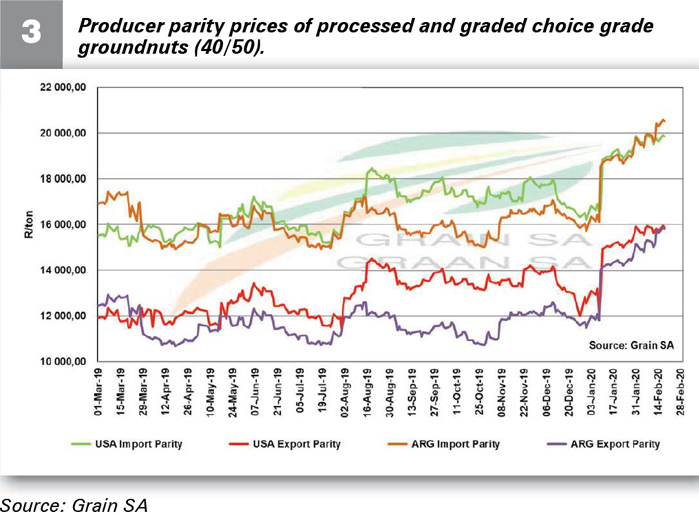