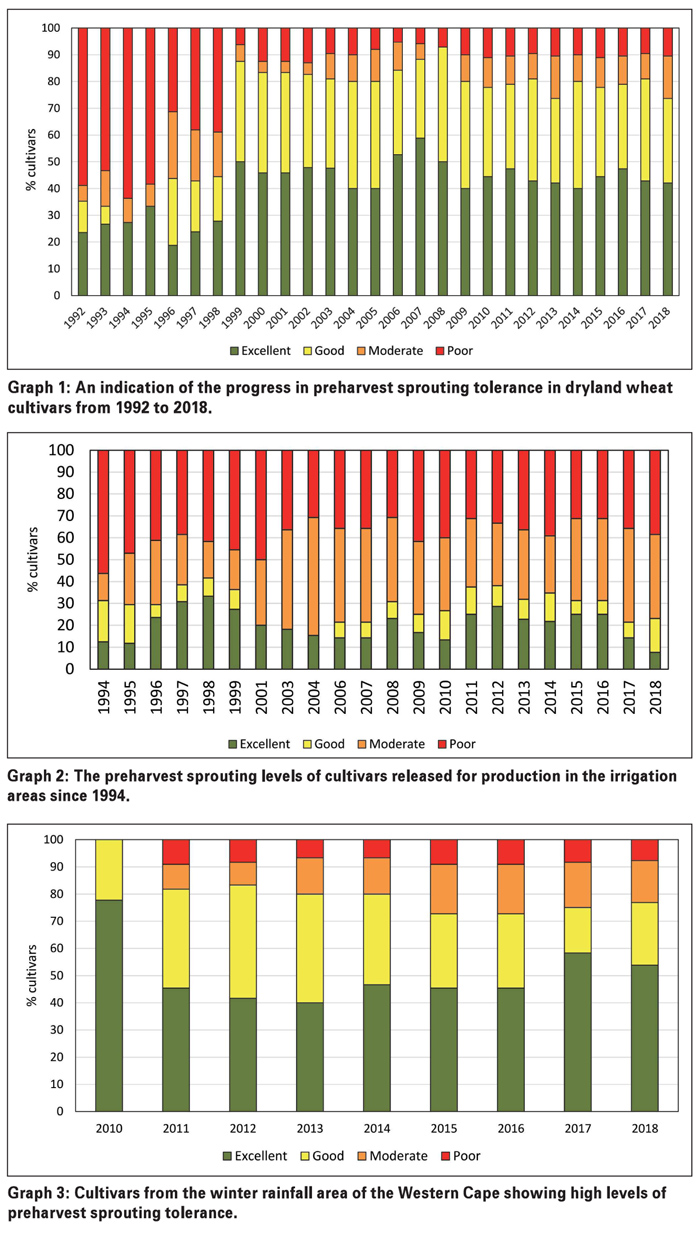 Preharvest sprouting in wheat is the result of continuous rainfall just prior to or during harvest time. The net result of such sprouting is the formation of excess alpha-amylase, along with other enzymes, which renders the wheat flour unsuitable for use in food products.

Until 1997 the wheat industry in South Africa was characterised by a single marketing channel and was controlled by a centralised Wheat Board who fixed wheat prices and controlled imports and exports. The deregulation of the Wheat Board in 1998 has led to various changes, including the introduction of the falling number method, which is widely used to estimate alpha-amylase activity in wheat grain, as part of the South African grading regulations.

Wheat producers in South Africa were confused by this new method which was included in the quality description of wheat sold by producers. The test was incorporated within the South African wheat grading regulations, without prior testing or impact studies being performed. Before its incorporation, wheat was indirectly evaluated for low falling number through a visual screening test that required that a 25 g wheat sample should not contain more than 2% sprouted wheat.

Initially a minimum of 250 sec falling number were required for the highest grade. It soon, however, became obvious that various factors, other than sprouted wheat, had an influence on the falling number of wheat, as numerous reports of low falling number wheat without visual sprouting were received throughout the summer rainfall wheat producing areas of South Africa, resulting in enormous financial implications for the producers. 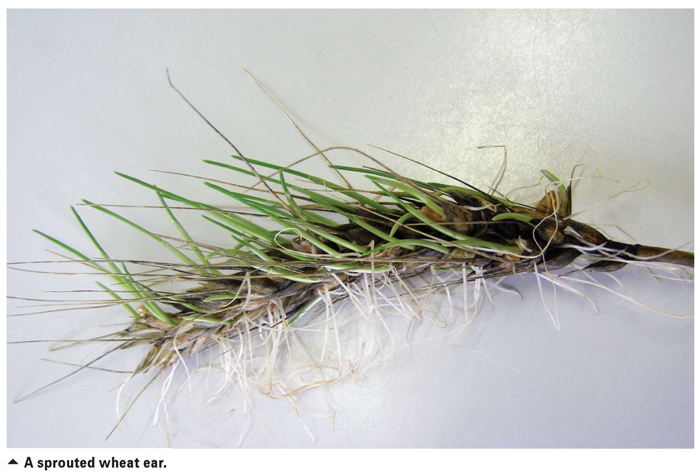 Even with the new regulations in place, producers continued to experience problems with the test, which was voiced to ARC-Small Grain. Research into the various factors, aside from high alpha-amylase activity as a result of sprouting that might contribute to low falling number, was therefore necessitated. Intensive trials were executed in order to justify the necessity of the falling number system as part of the grading regulations. 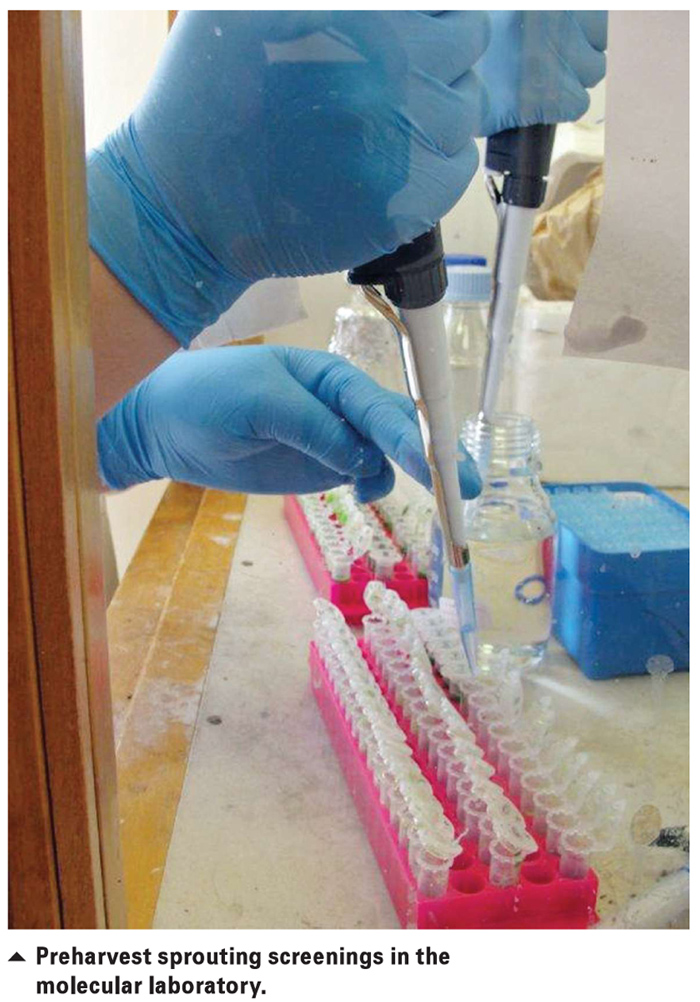 Significant progress has been made with the release of especially winter wheat cultivars with high levels of preharvest sprouting tolerance from only 23% of cultivars, showing tolerance in the early 1990s to almost 60% currently (Graph 1).

Research clearly showed that South African winter wheat cultivars can be categorised into three major groups, namely those that are highly resistant to preharvest sprouting and others that are highly susceptible. The third group includes cultivars that are strongly influenced by the environment and includes both ‘good’ and ‘moderate’ types.

Without reference to individual cultivars, Graph 1 gives a good indication of the progress that has been made in the development of winter wheat cultivars with high levels of preharvest sprouting tolerance over the past 20 years. This graph shows the preharvest sprouting groupings of all the commercial cultivars that were evaluated and included in the ARC-Small Grain Annual Production Guidelines in a specific year.

Commercial cultivars were evaluated for their preharvest sprouting tolerance and the preharvest sprouting value that each cultivar received, is the average of 120 individual ears over three different localities. According to the values, cultivars were grouped into either ‘excellent’, ‘good’, ‘moderate’ or ‘poor’ groupings. These groups are then given a percentage depending on the number of cultivars evaluated in that specific year.

Unlike the higher levels of preharvest sprouting tolerance in dryland cultivars, it has been shown over many years that cultivars grown under irrigated conditions do not display the same levels of tolerance. A possible reason for this might be that the dormancy of cultivars grown under irrigation conditions is not as high as under dryland conditions. Previous research has shown that a reduction in dormancy can occur when water supply was high during the later stages of grain filling. Therefore, the sufficient supply of water at critical growth stages might reduce dormancy, possibly explaining the lower levels of preharvest sprouting observed in irrigation cultivars where moisture stress is not a factor.