Paying your workers without using cash: As easy as 1-2-3

Gone are the days where a producer has to withdraw his workers’ wages in cash from the bank teller and take the road back to the farm, with a very valuable, and potentially lethal, bank bag under his arm.

This way of doing things have simply become too dangerous. How many times haven’t we heard of robberies on farms, farm attacks and even murders where big amounts of money were stolen from the farmhouse (or from the farmer travelling in his bakkie)? For the farm worker it is just as dangerous to have big amounts of cash in his/her possession. First of all it has to be kept in a safe place somewhere, and yet again the worker has to travel safely with the cash to settle his/her monthly obligations in town. For this reason, SA Graan/Grain have asked all the commercial banks which products they have available for producers who would like to pay their workers electronically; what the producer and worker need and exactly how each product works. By publishing the answers supplied by those banks who replied, we would like to help producers to make an informed decision on how to safely remunerate their workers. 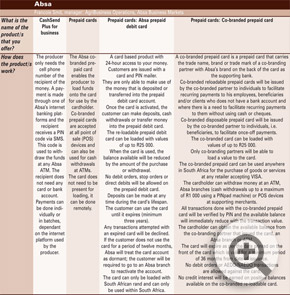 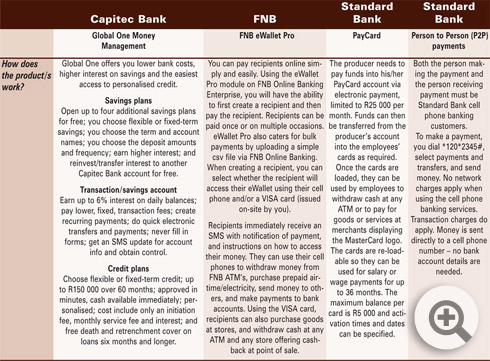 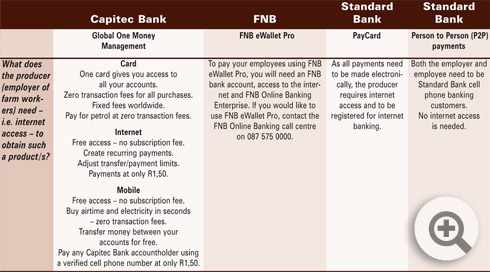 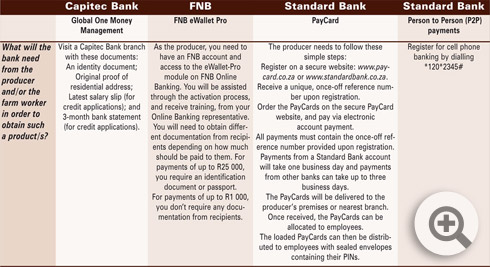 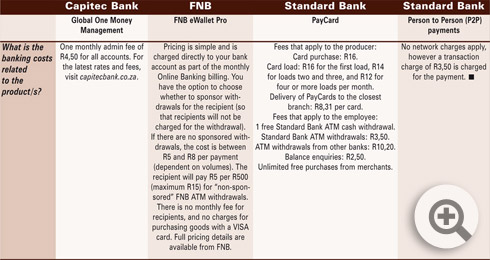