Nixtamalisation – adding value to your maize

Grain SA farmer development encourages farmers to add value to their grain. One of the exciting methods we are introducing farmers to in our training programme is called nixtamalisation.

Nixtamalisation is a special way of preparing maize, and other grains like sorghum, to enhance its nutritional value and make it more versatile for cooking and baking. The maize is soaked and cooked in an alkaline solution (lime water), washed and hulled (the outer covering of the maize is softened in the process and it can be washed off the maize).

This process is believed to remove as much as 90% - 97% of the aflatoxins from the maize. It is for this reason that it is believed to be a valuable method for farmers to learn to use. After washing the soaked grains thoroughly, the maize kernels now called the nixtamal, are ground, minced and processed with a little bit of water to form a maize dough called masa (Photo 1a and 1b). 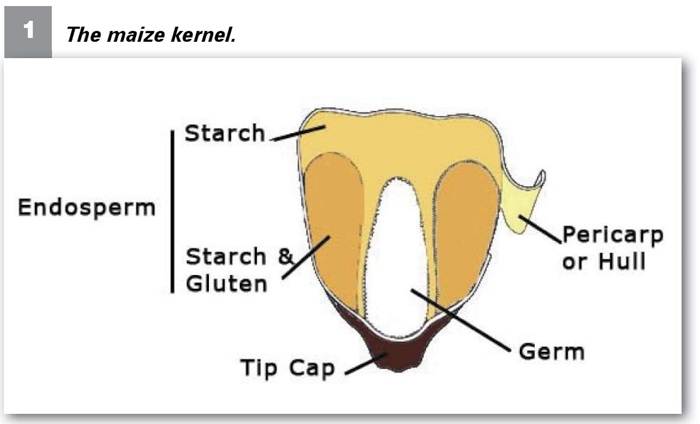 This masa dough can be used in many different ways, for example: Small portions of masa are formed into balls that are flattened into thin discs. These tortillas are baked on a hot plate or in an oven. By frying them, tortillas and tortilla strips can be further processed into tortilla chips (or similar products). Masa can also be used to prepare maize chips. The dough can also be combined with flour to make cakes, scones and flapjacks. The possibilities are in fact as endless as the imagination!

With respect to storage, masa can be dried and later remoistened for further processing. A dry masa flour can be produced from low-moisture nixtamal by fine grinding under dry conditions. Dry masa flour is often used in commercial tortilla production.

WHAT ARE THE BENEFITS OF NIXTAMILISATION?

This nixtamal can be used either cooked as whole kernels or ground to make masa (this sticky slightly wet mixture can be used in various ways).

This process can be finished in a food processor (Photo 3a and 3b). If it’s not combining into a soft dough, you can some additional water, one to two tablespoons at a time. Eventually it will combine into a thick, dough-like substance. The batches can take about 4 to 5 minutes each in a food processor before a nice dough forms. If the dough is too wet, it is difficult to handle. Once you dry out the dough a bit, it’s just a matter of flattening golf-ball sized rounds or using it whatever way you please. The mixture can also be dried and later pounded into a flour to be used in breads and baking. 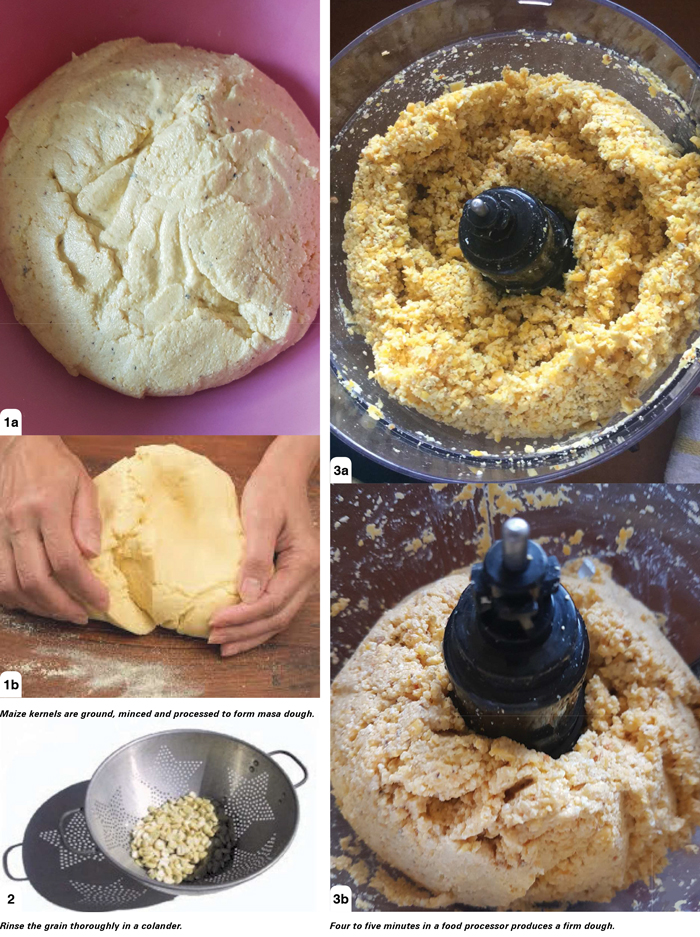 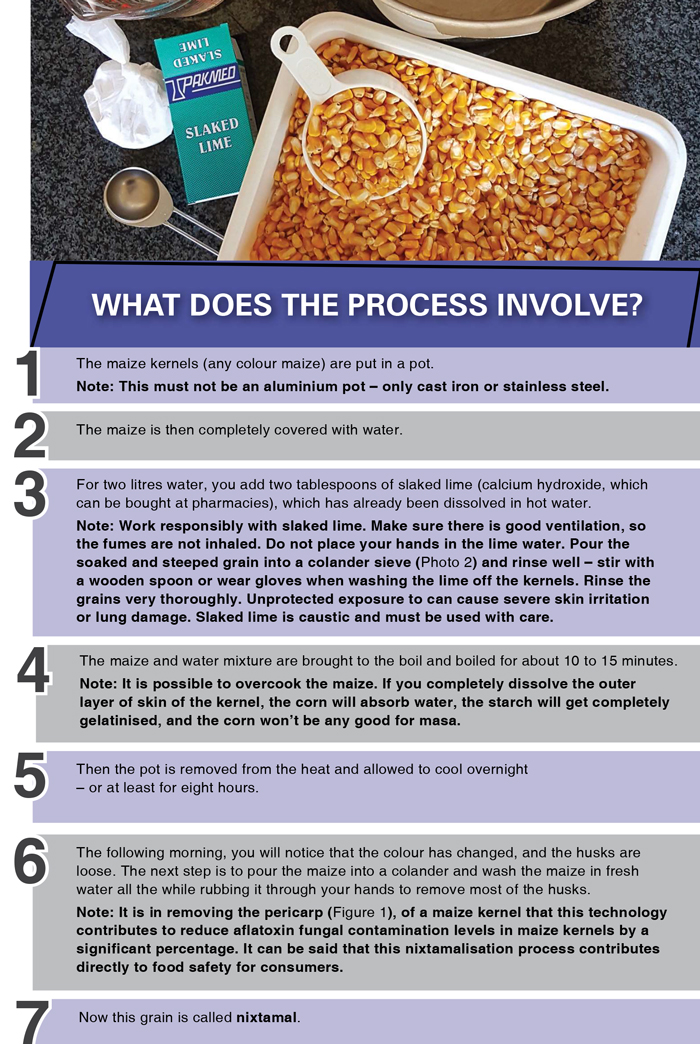