In the early hours of Christmas Day last year, Dr Pip (Sydney Walter) Nelson, one of South Africa’s most recognised maize breeders at local and international level, passed away peacefully at the age of 78 in Johannesburg, following progressive illness. 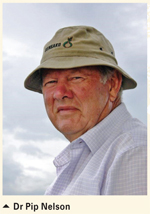 After school, Dr Nelson obtained a BSc in Agriculture in 1960 at the University of Natal with a Genetics major. He was awarded a Rockefeller Foundation Scholarship in 1964 and attended North Carolina State University in the USA from 1965 to 1968, where he completed both MSc and PhD degrees in the field of quantitative genetics. He was elected a member of the Honour Society of Agriculture, Gamma Sigma Delta.

He worked as a maize breeder for the Federal Government of Rhodesia & Nyasaland (1961 - 1964) and on his return from the United States worked as maize breeder and head of the research station for the Zimbabwe Government (formerly Rhodesia). From 1972 to 1976, he was the maize breeder at the Rhodesian Seed Maize Association.

Dr Nelson immigrated to South Africa in 1976 and was appointed to start and head a plant breeding research unit for Ciba Geigy in South Africa. In 1988 he joined Sensako as general manager of summer crops research, which included crops such as maize, sunflowers, sorghum, soybean and dry beans.

In 1999 Dr Nelson retired from Sensako and launched Nelson Genetics, continuing work that included discovery of the gene HtN (Helminthosporium turcicum Nelsonii) which carries resistance to northern leaf blight in maize and the development of maize hybrids focussed especially on improved drought tolerance. By 2016, his hybrids had achieved over 400 000 mt of sales throughout much of the African continent.

Dr Nelson will be dearly missed by his colleagues and friends. He leaves behind his wife, Lyn, sons Lloyd and Grant and grandchildren, Brendan and Carol. 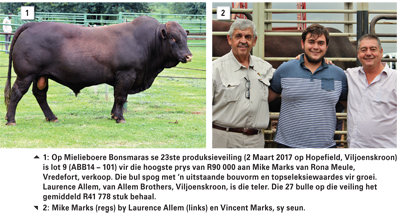 Congratulations to Dr Rene Prins, owner of CenGen, who was nominated for an NSTF-South 32 Award in the category: Research for innovation – SMME. CenGen is a privately-owned company that provides molecular genetic services to various agricultural industries. They focus on the implementation of molecular genomics technologies in a variety of plants, whilst also participating in various research projects.

Dr Prins has maintained her involvement with academia and student training and has a major focus on building expert networks with collaborators locally and internationally.

Croplife South Africa takes a leap of faith into the future

Croplife South Africa is an industry association who serves its members and consumers to ensure sustainable food production and food security while maintaining high levels of environmental compliance.

The South African crop protection industry is repositioning itself with a number of ventures not only in the agricultural sector, but also in the broader South African society. The former President of CropLife South Africa, Mr Marcel Dreyer, initiated the repositioning and it will be rolled out further in the coming years by the new leadership.