Grain SA, in collaboration with Fertasa, the Department of Agriculture, Forestry and Fisheries (DAFF), the Sasol Agricultural Trust and other sponsors, once again this year started with a fertiliser quality monitoring project. This project will be bigger than ever before and the aim is to collect 150 fertiliser samples, throughout the year, across the country.

For the first time samples have been drawn this year in the Western Cape. In April 2017, Mr William Deale (previously from the ARC-Grain Crops) trained DAFF inspectors in theory and in practice to collect fertiliser samples and interpret the results. A total of 37 fertiliser samples were taken in the Western Cape, including samples of Omnia (eleven), Profert (two), Nitrophoska (eight), Constantia (five) and Yara (eleven). The remaining samples will be taken in the summer grain production areas later this year.

The fertiliser monitoring is managed strictly according to an agreed protocol and Act 36 of 1947. It is important for readers to take note of the said protocol. 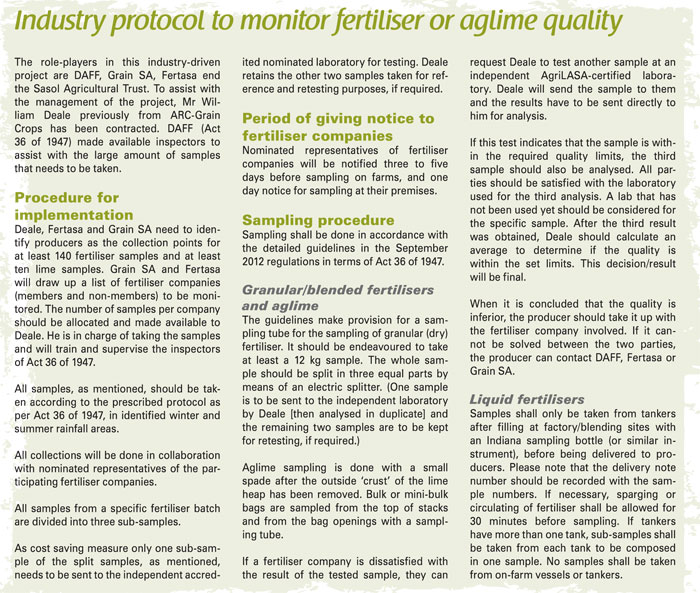 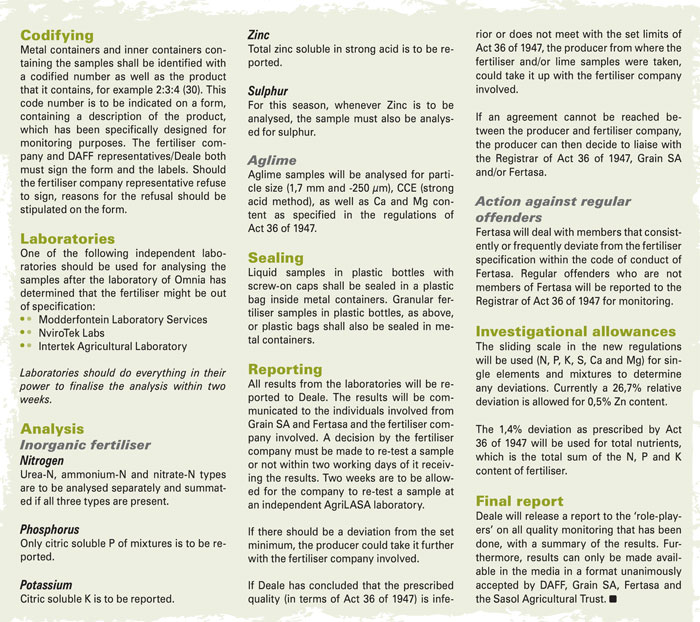