MYCOTOXINS in cereals and other crops

In our previous article (April 2017) we dealt exclusively with maize. This time around we are going to focus on other cereal crops (winter and summer) and then move on to sunflower, peanuts, legumes, fruit products and tree nuts.

Summer and winter cereals
The summer cereals under consideration are sorghum, millet, teff and rice (produced on a limited scale in South Africa), with sorghum being the most important.

Sorghum suffers from infection and colonisation by several fungi during the panicle and grain developmental stages. The infection results in Sorghum Grain Mould, also referred to as ‘blackening’. Several fungi cause grain moulds in sorghum, of which most are relatively non-specific and can colonise several types of plants. Fusarium, Aspergillus and Alternaria species are among the most prevalent grain mould pathogens of sorghum in South Africa.

Grain mould occurs mostly in rainy seasons or under irrigation. Most grain mould pathogens infect the panicle seeds in the field and under moderate temperature, high relative humidity and grain moisture, these fungi can grow within the colonised seed and can even spread to other seed during favourable postharvest conditions. Incidence (the proportion of mouldy panicles) and severity (the proportion of infected grains on a panicle) of disease depends on pathogen race, cultivar and environmental conditions.

The mycotoxins, together with their associated fungi, most readily found in South African sorghum are: Fumonisin (FB), zearalenone (ZEA) and deoxynivalenol (DON) [produced by Fusarium species]; and aflatoxin (AFLA, produced by Aspergillus flavus).

These fungi and their mycotoxins are also capable of contaminating millet and teff. The same can be said for rice, but in this case the mycotoxin situation is more complex due to rice being grown under unique agronomic conditions.

Winter cereals (wheat, barley, oats, rye and triticale) are predominantly influenced by the occurrence and spread of Fusarium Head Blight (FHB) or Head Scab, a disease caused mainly by Fusarium graminearum (also known as Gibberella zeae) and several other closely related Fusarium species. This can result in severe contamination with mycotoxins such as DON (also known as vomitoxin), ZEA and nivalenol. FHB of winter cereals occurs worldwide and is one of the most important mycotoxinrelated diseases in agriculture, causing severe economic losses. FHB outbreaks occur where heavy rainfall occurs prior to and during the flowering period, or where fields are irrigated. 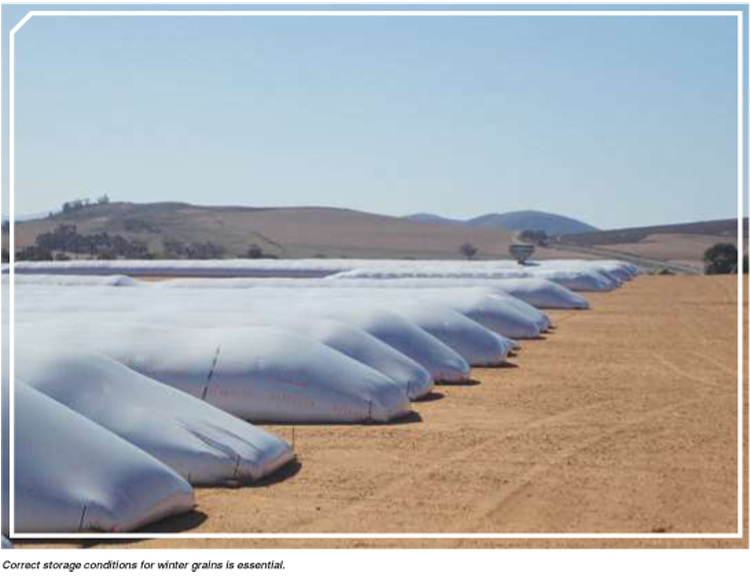 FHB symptoms are confined mostly to the head and grain. Typically, the first noticeable symptom is bleaching (whitening) of some or all of the spikelets while healthy heads are still green. As the fungus moves into the rachis, spikelets located above or below the initial infection point may also become bleached. Pink to orange masses of spores may be visible on infected spikelets and are produced during wet, humid weather. Infected kernels, commonly called ‘tombstones’, appear shrivelled, discoloured, and are lightweight. As the symptoms on the grain become more severe, so the greater the levels of associated mycotoxins that can be expected.

The damaged grain will primarily affect the grading that can be obtained at the silo/elevator, which will significantly influence potential profits for producers. Infected seed could reduce seed germination and increase the incidence of root rot and seedling blight when planted.

DON is associated with vomiting, feed refusal and decreased feed consumption in pigs, which can affect animal performance. Cattle are more resistant to the effects of vomitoxin than pigs. ZEA is a chemical that acts similarly to the female sex hormone, estrogen, and excessive exposure can disrupt the reproductive cycle in some animals. Pigs are again more sensitive than cattle and other ruminants. Exposure to ZEA does not cause abortion, but it can cause reproductive dysfunction in both female and male animals.

The best management method of FHB is an integrated system, with better control over both crop rotation and no-till practices, built around the planting of resistant cultivars.

Other food crops
To cover all the other food crops is impossible in this article, so the focus is on the most important crops only. It must be pointed out that most of these mycotoxin problems are dependent on varying climatic and environmental conditions, but we must not ignore these mycotoxin risks.

Although AFLA is less important on South African maize and cereal crops, it is a significant threat to local peanut production. Peanuts are not only an important commercial crop, but serves as a subsistence crop in certain regions of southern Africa. As Aspergillus flavus is a soil fungus, it readily infects peanuts in the field and can cause further problems during windrow drying and improper storage. To minimise AFLA contamination, it is vital that all peanut farmers apply Good Agricultural Practices in the field, dry the pods as quickly as possible after harvest, and then apply good sorting measures to remove mouldy pods and peanuts before human consumption.

Other crops in South Africa that are at risk of AFLA contamination are sunflower, cottonseed, tree nuts, canola and legumes (chickpea and dry beans). Correct harvesting, drying and storage of these crops are very important.

Fruit and fruit products can be at risk of mycotoxins such as patulin (in apples and pears) and ochratoxin A (in dried fruit and grapes). Patulin is less of a health risk, but can be restrictive in export trading when levels exceed international regulatory standards. Ochratoxin A carries significant human health risks and can be problematic when exporting food products such as cereals and cereal products, spices, dried vine fruit products, coffee beans and coffee products, and wine.

Please note, in case of any further mycotoxin- related questions, contact your local extension officer, or the staff at Grain SA. 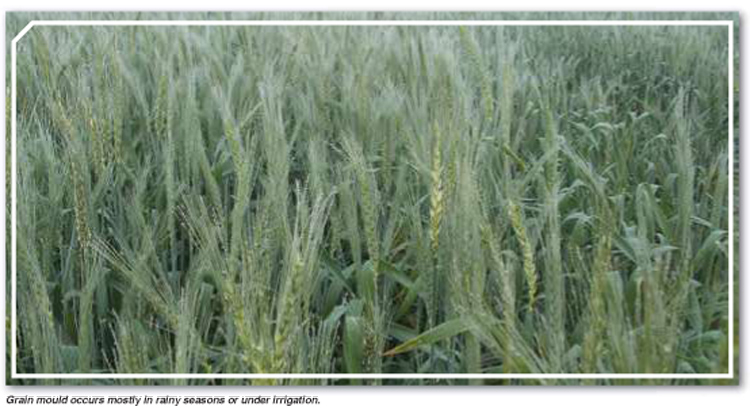