Maize – what a versatile crop!

Maize is the most common staple for South Africa and most of the world. Maize contains approximately 72% starch, 10% protein, and 4% fat, supplying a substantial amount of energy for humans and animals. Maize can be used in various industries for the production of food and industrial products, including starch, sweeteners, oil, beverages, glue and industrial alcohol.

This article focuses on our local maize products as well as some common maize by-products used in other industries.

LOCAL MANUFACTURING OF MAIZE PRODUCTS
Figure 1 indicates different kinds of maize meal produced from white and yellow maize in South Africa. Most of the maize over the past five years was used to produce super maize meal.

Figure 2 indicates production of other maize products in the South African market, which includes maize chop, maize rice, maize grits and samp, most of which is made from white maize. Over the past five years, South Africa produced a great amount of maize chop that goes into the animal feed industry.

LOCAL EXPORT MARKET
Figure 3 shows maize meal exports over the past five years, most of which goes into the African market. South Africa imports a negligible amount of meal. 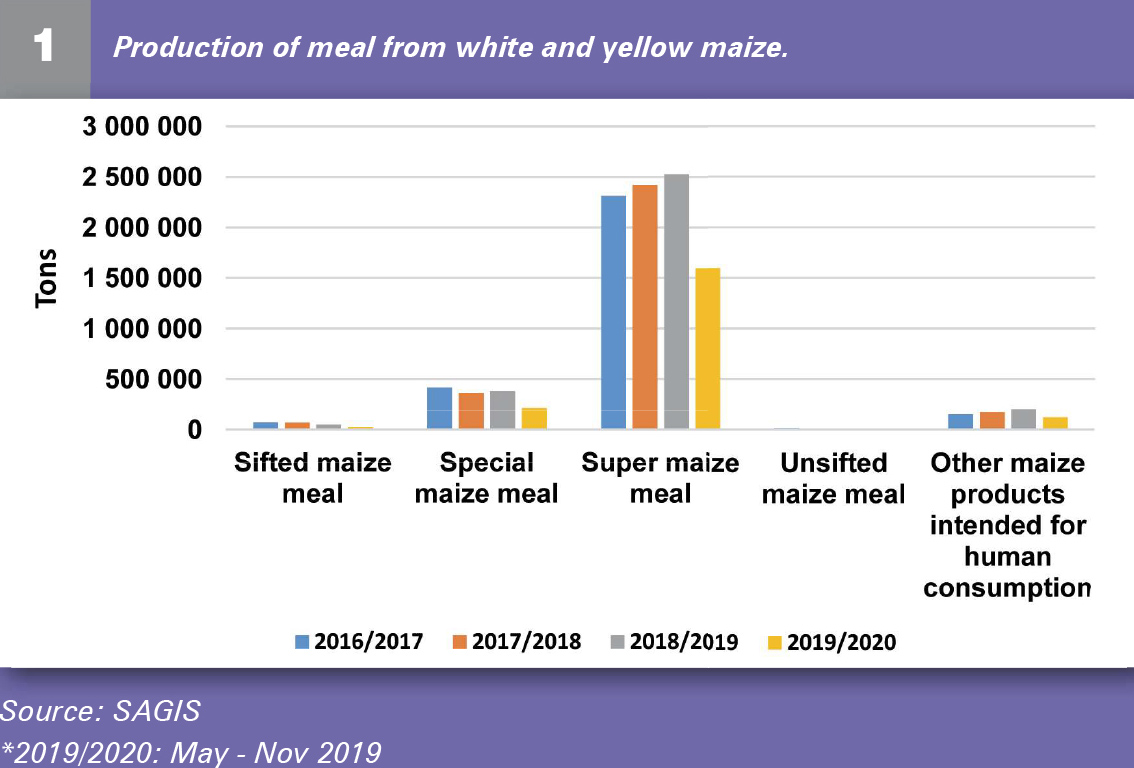 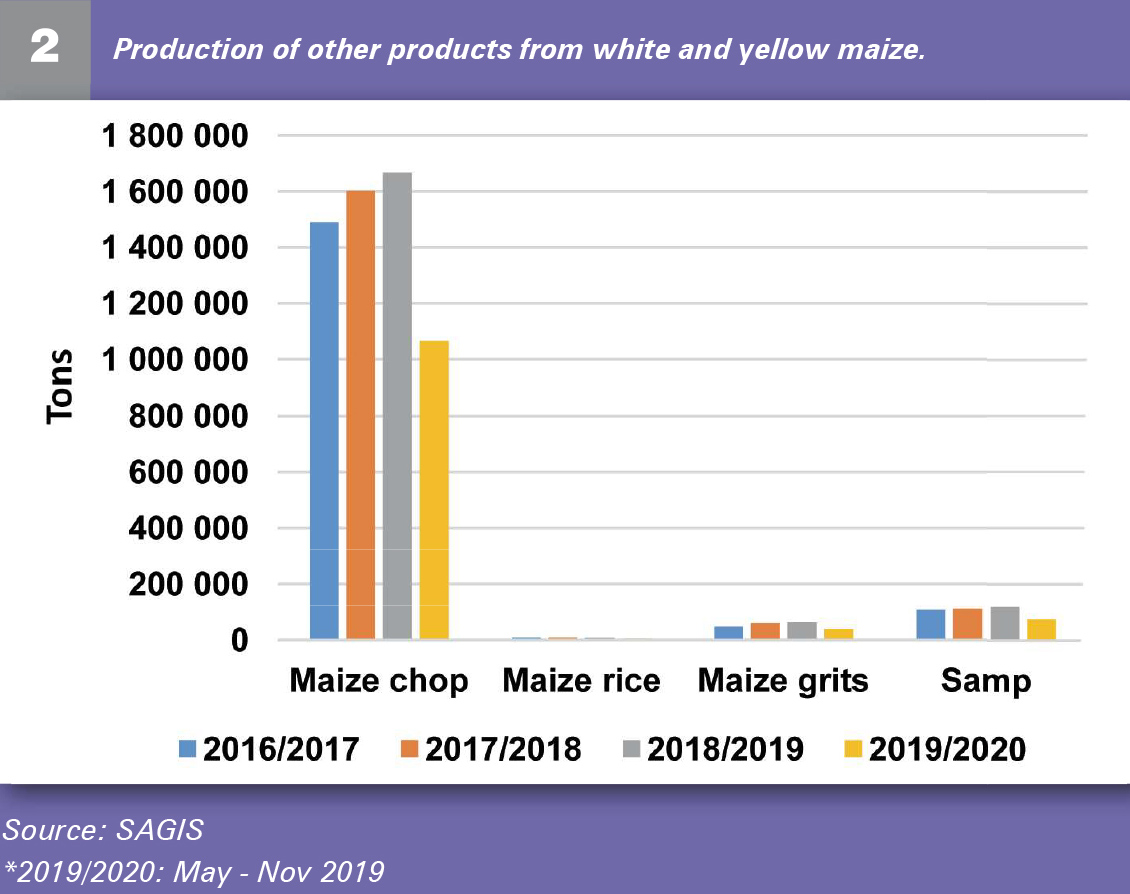 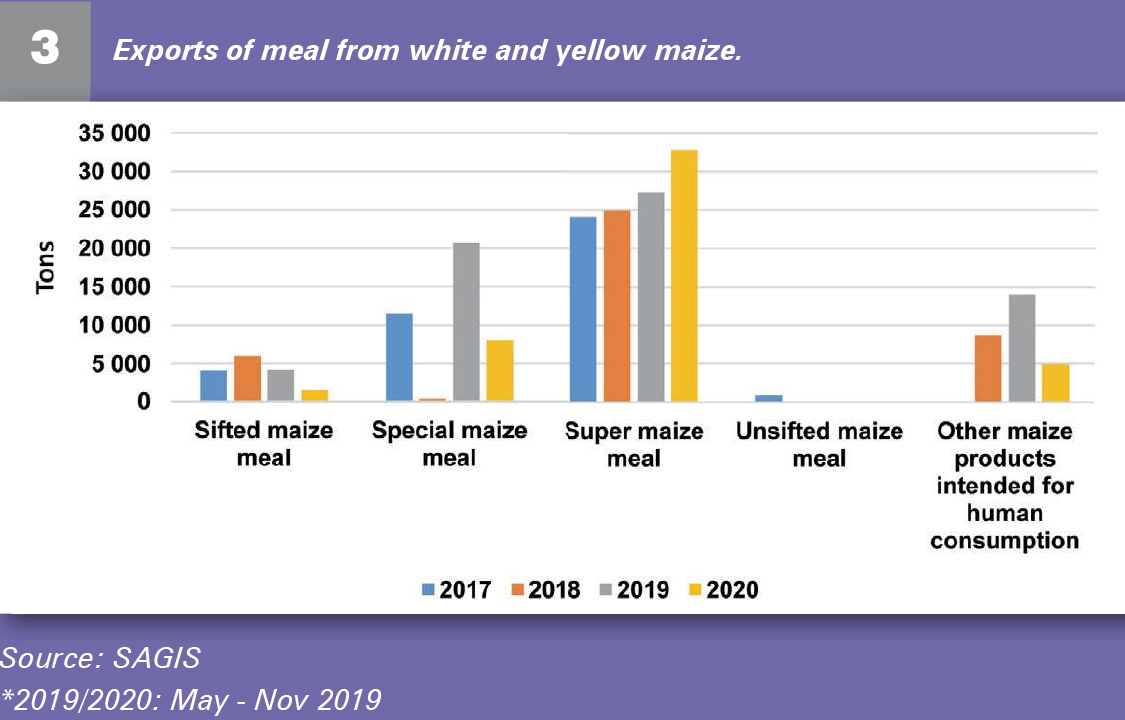