Crop rotation was a normal practice for farmers of the ancient world. During the Roman Empire farmers followed a system known as ‘food, feed and fallow’.

They would divide their fields into three sections then plant a food grain e.g. wheat or corn, a livestock feed, like barley or oats and then the third portion would be completely rested and given a chance to recover nutrients and organic matter.

Crop rotation fell out of favour with farmers by the 1950s when ‘modern’ technology and chemicals made it possible for farmers to turn to mono-cropping and produce consistently high yielding crops using newly available fertilisers, pesticides and herbicides.

But the wheel has turned…
There are many maize growers who have successfully grown maize in a field continuously, using heavy fertilisation programs and controlling insects and weeds with high levels of pesticides. South African farmers found that monoculture produced high yields and good profits.

However, after an extended period of monoculture, farmers saw that growing the same crop in the same field year in and year out was leading to significant increases in the presence of pests and disease in their fields. Soil erosion was another problem they were encountering more than before. Profitability of crop production declined significantly in the 1980s and farmers faced increased risks in monoculture. They had to try something different – so they began implementing systems of crop rotation.

The negatives about monoculture cropping

The principles of crop rotation
Crop rotation is basically a system of growing different kinds of crops in recurrent succession on the same land with the purpose of improving sustainable production potential. It is a system implemented because it is either beneficial for the soil or for the economic returns – or both.

A good rotation will provide for improvement in soil fertility and productivity and will usually include a legume crop to promote fixing nitrogen, a grass or legume which will improve the humus and a crop which will promote weed control. The choice of a rotation depends on crops adapted to the regions soil, climate and also the economic climate. The diversification that comes in a crop rotation programme holds many benefits including economic use of water available.

The benefits of crop rotation
Crop rotation has many agronomic, economic and environmental benefits compared to monoculture cropping. A well-planned crop rotation improves soil health considerably since there is increased organic matter, improved soil structure and a reduction in soil degradation. It can also result in higher yields and greater farm profitability in the long-term. 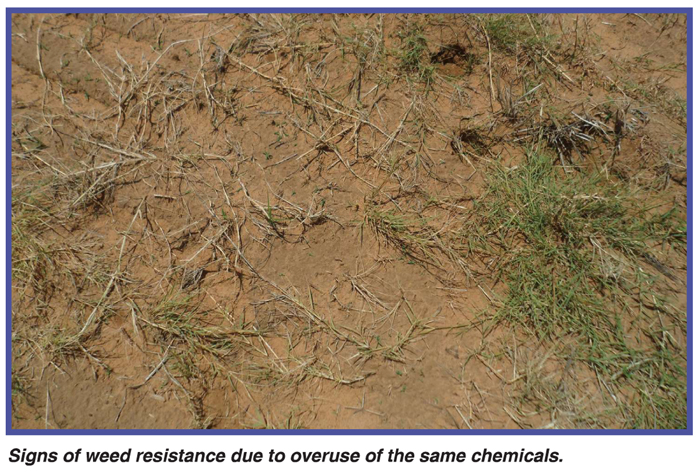 Do your homework and know your plants
Crop rotation is not something one decides upon suddenly. It is a carefully planned course of action. It is quite normal for a programme to be decided upon a number of years in advance. It is always a good idea to consult with local Grain SA development managers and other experts about the programme which would best suit your farming operations.