How the maize market functions

Maize price in South Africa is normally influenced by the world price of maize, the exchange rate, stock levels and the relative size of domestic maize crop. Due to the difference in the value of maize located in the United States compared to our local maize, the price difference needs to be adjusted to account for differences in things like the exchange rate and transport costs. Therefore allowing a comparison of prices. The adjusted price is called a reference price and it is calculated with respect to a reference point, which is Randfontein when trading on Safex.

Grain prices fluctuate between two “extreme” points, import and export parity levels. Illustrated in Graph 1 is the import parity price, which is considered as the ceiling price. This is when the cost of importing maize is cheaper than locally produced maize, that is millers can buy maize cheaper outside of South Africa. Export parity price, which is considered as the floor price, is when the cost of maize locally can compete internationally. In other words, producers can sell maize outside of South Africa at a higher price than what millers are prepared to pay locally. 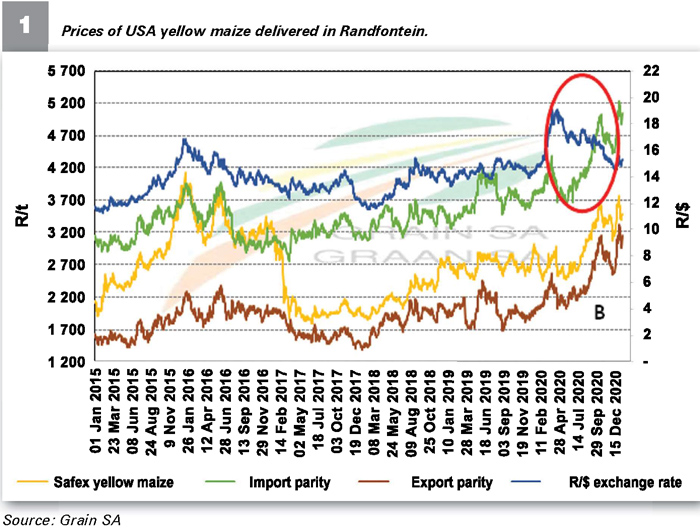 If international supply and demand conditions and/or the rand depreciates against the dollar, then import parity prices will move higher as indicated by point A. The actual level of the domestic Safex price between the floor and ceiling price levels will depend on local supply and demand that is relatively stable in the short to medium term. If there are high stock levels locally, then the local price will trend towards the floor price (point B). The net result of an increase in world prices will be an increase in the export parity price. This can result in higher domestic prices of maize if the current and/or anticipated stock levels are low. 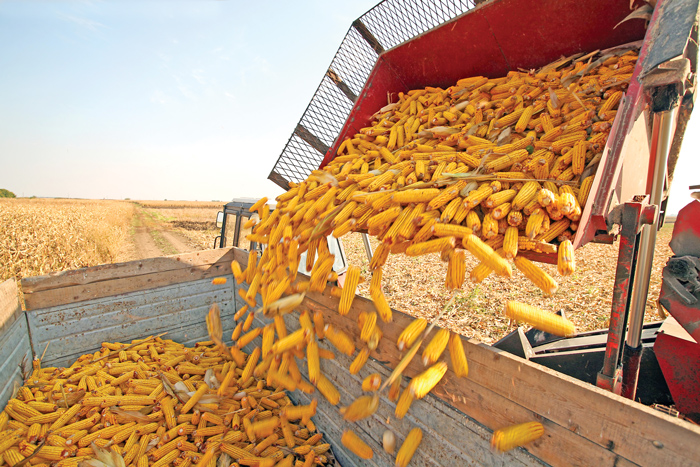