How do I compete with BIGGER FARMERS? 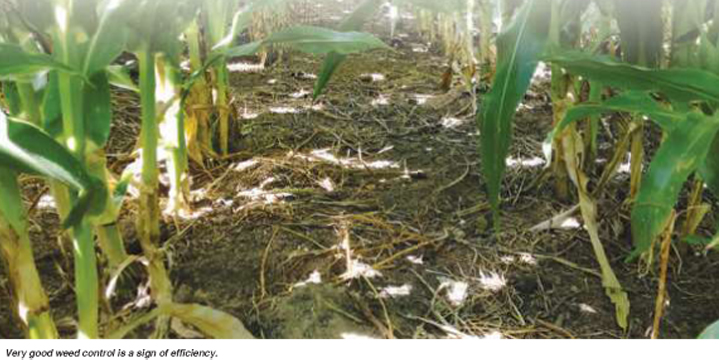 One can ask at the outset what is the definition of a small farmer as compared to a large commercial farmer. Many grain farms will be diversified into grain and complimentary livestock and other enterprises.

These might include a beef herd, sheep flock and other value added intensive livestock enterprises such as dairy, pigs and poultry that enhance the viability of the farming enterprise as a whole.

Definition of a small farm
Grain farmers might have a small portion of 1 ha to 5 ha to farm under grain crops, or be in a 10 ha to 20 ha category and could be considered as micro grain farmers. Other categories could range from 20 ha to 50 ha, 50 ha to 100 ha, 100 ha to 300 ha and up to 500 ha planted to various grain crops. Even grain farmers with 1 000 ha under grains in a medium potential agricultural area might struggle to survive in future.

Your vision as a ‘small farmer’
Whatever size farm you have under your control and management should be assessed as to the resources available before each grain production season. The resources might include soil type by classification standards, soil depth by profile holes, fertility levels with soil tests, mechanisation capacity and efficiency, financial reserves or ability to access production loans, quality, skill levels and training of staff, and an evaluation of your own skill levels and production experience. Any aspect or factor that will affect your grain farming ability must be included in the assessment.

This information must be collated to be able to produce a realistic detailed financial gross margin analysis. Each aspect of the production cycle can then be quantified. Any shortfalls as to production and production capacity will come to the fore.

The gross margin analysis is but one part of your own business plan that will include a mission statement, short and long term goals as well as the expected outcomes for your farm, yourself and family.

Determine what margin or net profit is left over after the direct or variable costs and fixed or overheads costs have been deducted from the gross income. This amount will really determine whether or not you are a ‘small’ farmer’ and if a family can be sustained on the nett amount generated. If this is not the case, the merits of the faming business must be closely examined to see where efficiencies and precision farming can be applied and implemented.

Hopefully if your farm is large enough and well farmed, enough profit can be generated to sustain your family and replacement of equipment for efficient and precise production planning and expansion of the farming enterprise in future.

Grain as a commodity
As was experienced over the last two years, maize experienced huge increases in value due to underproduction and just as a large fall in values as the production season normalised. Maize for example, went from a high of about R3 800/ton to R2 000/ton for July 2017 futures. Farmers that did not recover production costs in the dry year might sadly not be in a good financial position despite good farming techniques and above average crops this year.

The lower price value of maize as a primary commodity will however stimulate added value industries and enterprises such as poultry, pigs and dairy.

Conclusion
Detailed strategies to define and improve your crop production techniques will be examined in the next article.