Frans Mokoena: A man with a passion for work – Grain SA/Absa/John Deere Financial New Era Commercial Farmer of the Year 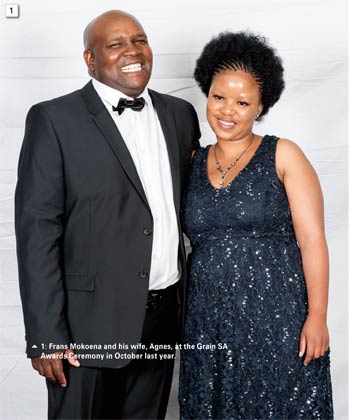 Mr Frans Mokoena, a son from the Thaba Nchu district, is a young man with a passion for farming. He grew up on a small farm where his parents farmed with dairy cattle.

As a young boy he had to help with the work on the farm. In the mornings, he helped milking the cows by hand, loaded the milk onto the bakkie, turned the cows out to pasture and then, if there was time left, went to school.

In the afternoons he had to bring the cattle home, feed them and help to plant fodder. Working on the farm taught Mokoena to work hard every day 24/7; he learned from his parents not only to work hard, but also to be honest, prioritise his work and to live within his means. But most of all they taught him to live his passion, be humble and live in the fortunes of Christ.

Exploit opportunities
Mokoena holds the viewpoint that there are always opportunities that need to be exploited. With hard work and eyes wide open, he utilised the opportunities that came his way. His parents passed away when he was 21 years old and he had to take the sole responsibility for the farming enterprise. Over time he has expanded his business by leasing more communal land and expanding the dairy.

As a farmer he always strives for the best. In 2006 he became part of the Grain SA Farmer Development Programme and after that his business started to expand rapidly. He strove to become a commercial producer and as such had the opportunity to become one.

Knowledge
Knowledge is the key to everything. He attends training courses and learned how to implement production systems in his farming operation. He also learned how to apply inputs – and most of all where to buy what. He started to take note of the importance of soil samples, the importance of soil pH and the contribution that a balanced fertiliser strategy had on production.

He began to apply his own business skills and expanded his business even more. Fortunately he remembers the lessons that he learned at home. He started to buy tractors, repair them and then use them in his farming enterprise.

Mokoena started off with 58 ha, expanded his farming enterprise and this year he cultivates 2 200 ha. He leases the farms from various producers, local government and from the national government. Leasing farms does have challenges, though.

Obtaining production credit is always a challenge, because nothing can be presented as collateral for a loan. Capital improvements can therefore not be done. His biggest challenge is to correct the soil pH and to get other soil nutrients up to standard. ‘I can’t invest money to lower the risk and to make more money,’ he said.

He mainly produces sunflower, maize and teff. The livestock section consists mainly of cattle. The maize and sunflower produced, are sold to a local agricultural business and the teff is sold to customers in Lesotho.

Currently the crops are planted in a conventional system with the aim to maximise profit. He applies a reduced tillage system where rippers and chisel ploughs are used. The seedbed is made and during planting herbicides and pesticides are applied. 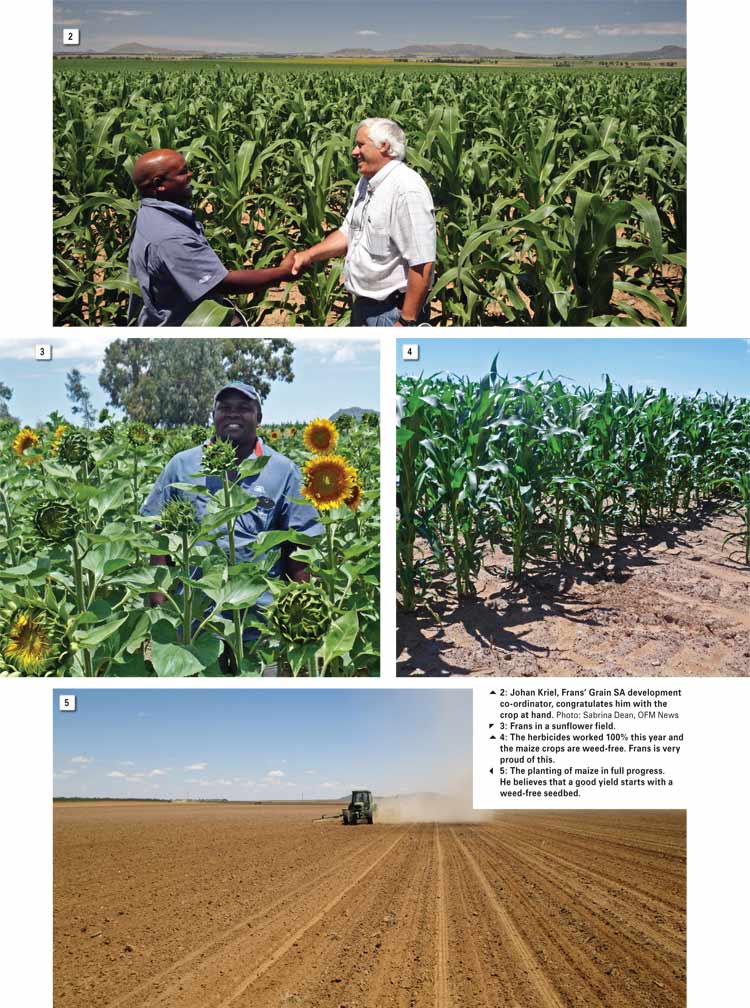 The soil sample analysis and the expected yield determine what and how much fertiliser should be applied. He plans to start with precision farming to increase efficiency and profit.

Challenges
In this paradise, there are also snakes. The challenging climate, low profitability of crops and the lack of knowledge in marketing are a real threat for this farmer. He is also concerned about statements made by politicians. ‘If something negative about the agricultural sector is said, I am also effected,’ says Mokoena. There are some perceptions about developing farmers that also need to be addressed.

‘We are only farmers trying to make a living. There is the perception that we receive everything for free, even though it is not the truth. I must buy my inputs at the same price and sell my products at the same market as commercial producers. I am also influenced by minimum wages, the low efficiencies of the workforce, theft and a lot more. The lack of knowledge and a lack of good mentors are some of the challenges I have to face.

‘I am fortunate to have Johan Kriel, a development co-ordinator of Grain SA, as my mentor. He assists me a lot to make the right decisions. I wish that I can connect with the commercial producers in my district, though. There is a lot that I can learn from them and I think that I can also assist them with some challenges,’ he said. 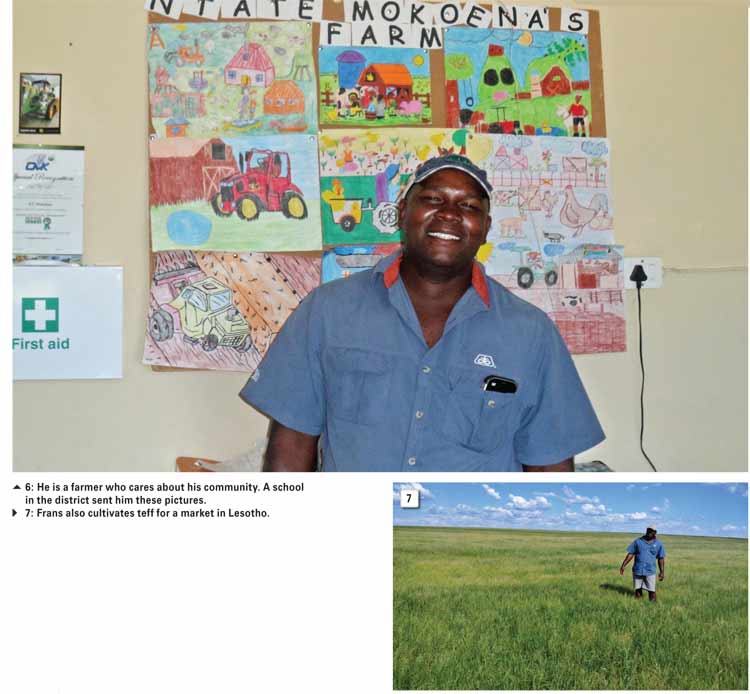 Mechanisation
The replacement of tractors and equipment is expensive. Therefore Mokoena buys older equipment, repairs them and then use them in his farming enterprise. The reliability of these older implements is always a problem. They tend to break and this costs money. He also repairs some old bakkies to use on the farm.

In future, he plans to spend more attention on planning to be able to make better marketing and production decisions. Since he is working fields that are in different districts, he is going to consolidate and concentrate. He wants to make sure that he doesn’t have to transport implements between different farms and districts on a regular basis. He knew from the start that workers will make or break his new enterprise. He ensured from the start that he appointed the best staff he could afford. He assisted his employees with housing in the township and now they have the privilege of water and electricity and their children can attend school in town.

Community involvement
Not only the workers benefitted from his actions; but also the community. He assists the Tweespruit Roman Catholic Church in his community to uplift the poor, provide food and clothing to the hungry, but most of all to spread the gospel. For more information contact Frans Mokoena at 078 312 7381, Johan Kriel at 079 497 4294 or Pietman Botha at 082 759 2991.