‘Tonight, we celebrate the Forever Farmers, those producers and farmers who do not farm just for today, but for the next generation – not only in the food they produce, but also in the way they look after the soil. This is the type of farming where the future is decided by what is done today.’

With these words Mr Chris Burgess, the master of ceremonies at the prestigious 2018 Grain SA Awards ceremony welcomed guests at Theatre on the Track in Midrand on 12 October. ‘The stories we shall hear tonight are a testament to family farms where farming is more than just a way to earn a living, but a way of life, a commitment to the soil, and a critical contribution to the country.’ He added that South African producers are regarded as some of the best on the globe, farming in some of the toughest conditions in the world whilst producing staples to fight hunger in the country.

Syngenta is the main sponsor of the Grain Producer of the Year and Smallholder Farmer of the Year. Mr Abraham Vermeulen (managing director: Syngenta SA) motivated farmers and producers going through tough times. ‘Challenging roads are usually the ones that lead us to success.’ He said one’s journey should always be about reflection and the learning process. He stated that it is evident that the finalists and winners all had tough times in their journey to achieve success, but that each one’s story was a testimony to their strong character. It also became clear that the value of strong family ties and support when you are on a bumpy road, is underrated.

Mr Jaco Minnaar, chairperson of Grain SA, said it was an honour and a truly humbling experience to be part of this journey. He thanked the farmers, producers and supporters of the agricultural industry. ‘You are the people who are shaping the future of agriculture and therefore, the future of South Africa.’ 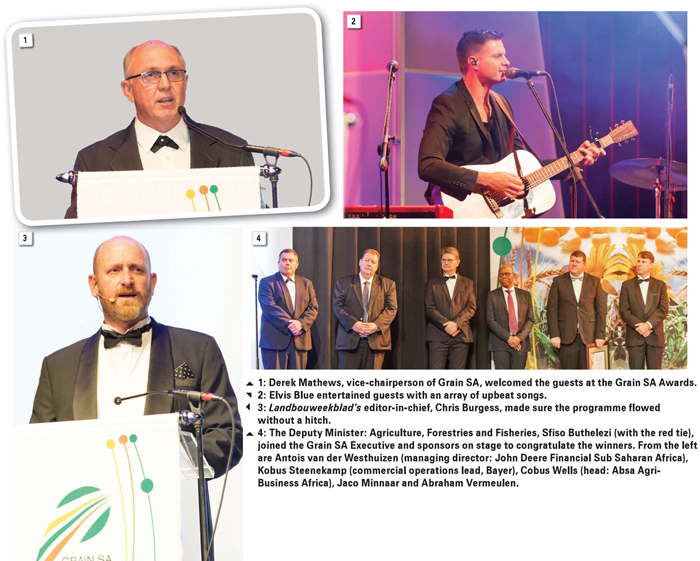 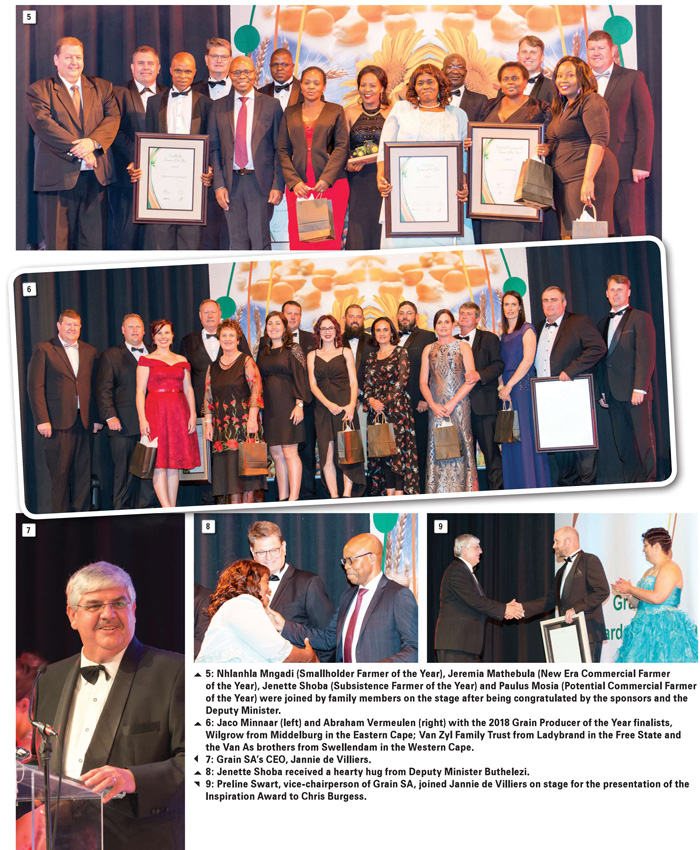