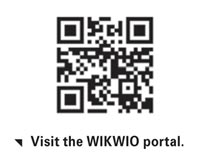 The Weed Identification and Knowledge in the Western Indian Ocean (WIKWIO) project focuses on weed knowledge and management through an informed scientific and technological approach. Agriculture is the mainstay of the livelihoods of populations in the Island states of the Indian Ocean and the South Eastern African region. Weeds can cause enormous economic losses in food and cash cropping systems. Limited production due to ineffective control of weeds can be responsible for 20% to 80% of yield losses. It is for this reason that the optimisation of weed management is necessary, which can lead to a significant boost in production. The specific objectives of this project are to consolidate existing scientific knowledge of weed species of food and cash cropping systems and to enhance exploitation and dissemination of best weed management practices.

A survey conducted by the Food and Agriculture Organisation of the United Nations (FAO) in 13 countries across Africa, revealed several weed management challenges facing the continent. Critical issues reported include shortage of labour and, as a consequence, an increasing use of herbicides. The herbicide selection pressure has induced occurrence of resistant weeds, for example in Morocco and South Africa. Weed management challenges must be addressed at several levels. At community level, integrated weed management should be designed to reduce use of herbicides and weed management costs. The best way to achieve this is to involve producers and other stakeholders in the innovation process, to ensure that not only acceptable but accepted technologies are delivered. Research should focus more on development of nonherbicide, alternative weed management innovations compatible with sustainable crop production.

The third technical workshop was held in Moroni, Comoros from 12 to 16 October last year and brought together people from several countries. Role-players from Comoros such as agronomists, representatives of small farmers, weed scientists, extension service providers, botanists and university lecturers also attended the workshop. 63 people attended the opening ceremony while 51 people participated in the entire workshop.

The WIKWIO portal is a Web-2.0 collaborative space for both public and members of the WIKWIO project. It is available at http://portal.wikwio.org.

The IDAO identification of weeds, using the identikit tool, enables the identification of an actual set of 345 weed species of cropping systems in the Indian Ocean at any stage of development or from incomplete samples, without requiring prior knowledge in botany or taxonomy. Moreover, this process is less sensitive to errors than a classical identification-tree, where one mistake can lead to a completely wrong identification. All species are fully described in English, with information on its origin, distribution, ecology and weed control methods used. All weeds are well-illustrated. IDAO is not only a working tool for science and research, but can also be used for knowledge dissemination. The programme can also be used to effectively teach and train people in weed taxonomy. The IDAO programme is available on desktop computers, smartphones or tablets. IDAO can be accessed through the WIKIWIO portal.

The third technical workshop of the WIKWIO project was very interesting and informative. For three years this programme has proved to be effective in identifying weeds which are already captured in the database. Contributions of all people to this database, will enable the database to grow. Weed identification will then be easier. With the correct identification of the weeds, weed management will be more effective and thus more profitable. For further details about the WIKWIO project contact Hestia Nienaber at 058 307 3420 or deweth@arc.agric.za.