Farmer development gets a round of applause

The 2nd of October this year was a day to celebrate. Farmers who have managed to pursue their dreams against all odds were given the recognition they deserved.

Grain SA annually hosts the “Day of Celebration” to acknowledge and showcase the progress made by developing farmers and to celebrate transformation within grain production, farmer development and recognise excellence in the field. The 2014 function was held in Bloemfontein.

While giving an overview of the Grain SA Farmer Development Programme, Ms Jane McPherson (manager of the programme at Grain SA) compared it to a taxi with 4 663 passengers (participants in the programme) and 126 pit stops (study groups).

“In this journey that we are on, we move from one place to another. We arrive at one destination and then we have our eyes on the next destination. In our programme we view our farmers as being on a journey too. At the starting point of the journey we see people with a need for knowledge, a need for structures, and a need for applied knowledge. Today we celebrate those that are travelling well along their road to their farming destination,” she said. McPherson also emphasised that these farmers can not do without financial support: “Farmers need mechanisation, they need production financing and they need input insurance.”

Mr Victor Mongoato (vice-chairman of Grain SA) stated that the nation often forgets that food security is not guaranteed and that it is a privilege to have something on the table to eat.

Development co-ordinator at Grain SA, Mr Danie van den Berg, said that all farmers can’t be judged on the same level and that each farmer should be given a fair chance. “The main objective of this programme is to teach them to do things correctly and show them how things turn out if they are not done correctly. The aim of the programme is to help them fulfil their dreams,” he told guests at the Day of Celebration.

Mr Bennie de Klerk (agent at Profert) encouraged farmers to make use of specialists and to form partnerships with them. “Agriculture is a very competitive business and mistakes will cost you dearly. There aren’t any shortcuts.”

He also told the farmers to pay attention to their marketing as it is the big factor that is costing farmers money.

The category winners were as follows:

Club category graduations for farmers producing more than 250 tons, 500 tons, 1 000 tons and 1 500 tons respectively, were also held and farmers who have moved on to the next category each received a certificate and a badge. 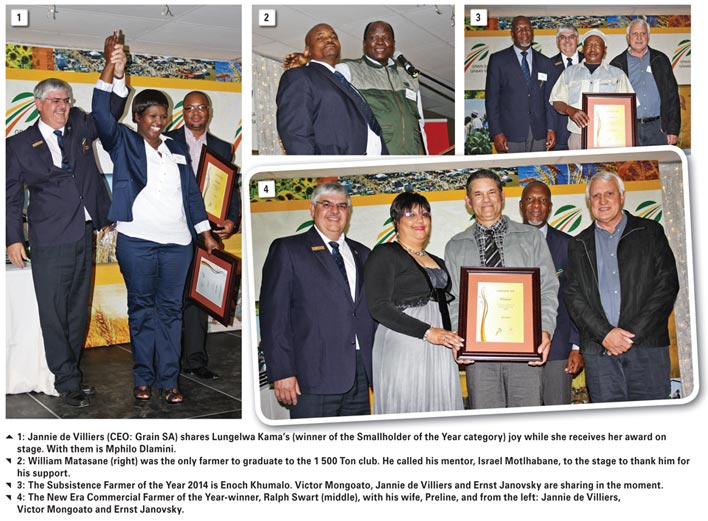 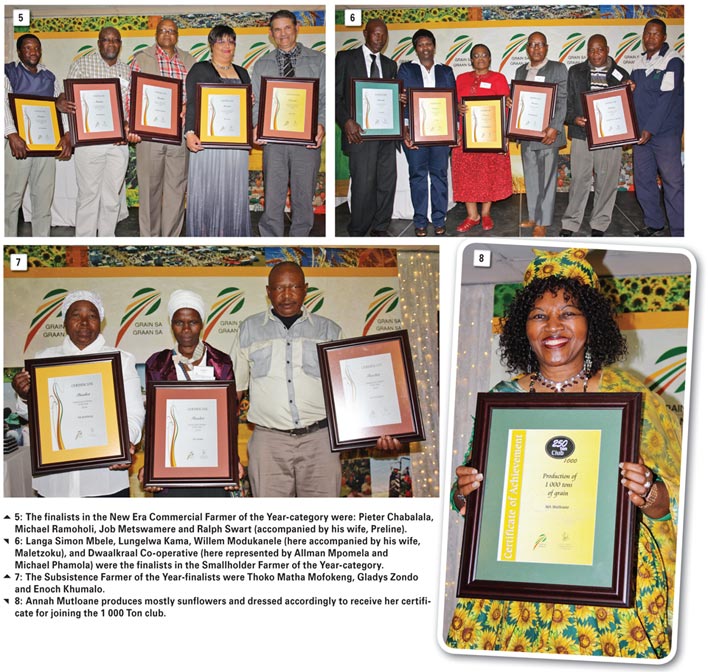