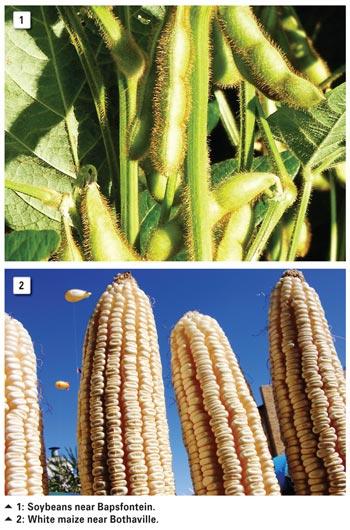 Biotechnology, genetic modification (GM), GM crops and foods, biosafety and risks have all become buzz words arising from polarised debates that have left many consumers and some media confused. This is not unique, it has happened to other scientific innovations as well, but none so acrimonious.

This article endeavours to tackle a few key allegations on GM lack of safety against factual science.

Biotechnology deals with the science of investigating how living organisms function to multiply, produce so many compounds, respond to stress, pathogens, sunlight, and to beneficial microbes, and how to harness these complex mechanisms to improve plant performance and extend this to industrial uses. All of this is based on new knowledge of genetics.

Genetic modification copies much of this by way of inserting genes to express new or boost existing traits and to alter undesired genes. This technology extends to human health: HIV-AIDS and TB vaccines, human insulin for diabetics that has been produced since 1982 in a GM bacterium that carries an inserted human gene. Today, the number of GM-produced human health vaccines and therapeutic products exceed 100.

All import/exports, field testing, commercial release and research facilities must be approved by way of a permit.

Assessments include safety of foods and feed, safety to humans,  animals and environment. Such extremely stringent do not apply to conventional and organic foods. The cost to a local innovator to have his GM product successfully pass through this system, is between R15 million and over R25 million. Despite our biotechnology expertise, no local GM crop has as yet gone commercial.

Trade disputes between industrial countries and regions are not uncommon. The EU freeze on assessments of GM varieties (1999 - 2003) and banning of these by some member states, resulted in a dispute between the United States and some 16 third party countries, against the EU at the World Trade Organisation (WTO) level.

The WTO Dispute Settlement Body found the EU guilty of a ‘de facto moratorium’ and ‘causing undue delay’ that amounted to a ‘Technical Barrier to Trade’ (TBT) and, moreover, that the EU defence of invoking the Sanitary and Phytosanitary Agreement (SPS) ‘did not meet any of the SPS requirements’.

The EU did not appeal the ruling and in 2003 promulgated two regulations: 1829 and 1830, to pave the way for GM varieties’ assessment, traceability of GM, and GM food labelling, and establishing the European Food Safety Authority (EFSA).

It is exactly these trade disputes that have fuelled global spread of scare-mongering on GM crops and their products, but they are silent on human health or industrial products.

The food/feed matter remains utterly confused. Why would Europe continue to annually import some 30 million tons of soybeans if it is unsafe? (Politics and GM Crops. GM Crops and Food vol 5, issue 3.  2014).

France has banned further planting of Monsanto GM Bt maize MON 810 due to safety concerns?
Fact: Banned in 2011, yes. The highest EU court (European Court of Justice) subsequently ruled that the ban was illegal and overturned it as no evidence was provided that Bt maize is unsafe. The highest French court (Conseil d’Etat) ruled likewise (www.ncbi.nlm.nih.gov/ pubmed/10802608).

Rats fed on glyphosate formulations and herbicide tolerant maize developed severe cancer, suggesting a link to the herbicide?
Fact: These lab rats had been bred to be prone to cancer to facilitate cancer studies. In 2012, the European Food Safety Authority and six member states – Belgium, Denmark, France, Germany,  Italy, and Netherlands – conducted extensive separate and independent tests and found that the research published in a journal is of ‘insufficient quality’, ‘inadequate design, reporting and analysis’ (Press@efsa.europa.eu).

Glyphosate found in breast milk?
Fact: In 2016 the President of the German Federal Institute for Risk Assessment (BfR) rejected the test data claimed (0,4 billionth of a gram per millilitre), as the best diagnostics available cannot detect glyphosate at that low level. The German Breastfeeding Committee agreed and stated that the physical and chemical properties of glyphosate do not facilitate transfer to or accumulation in mother’s milk or fatty tissue and urged mothers to continue with breast feeding (www.bfr.bund.de/evaluation -of-glyphosate-).

GM technology will not solve food insecurity and famine in Africa?
Fact: Partly correct. A car cannot run on a single new spark plug. Modern biotechnology is doing what conventional technologies have not achieved: Raising food production efficiency, reducing losses due to pests and diseases, reducing input costs, and mitigating climate change, but needs to be a major part of integrated approaches, producer training and responsible technology transfer.  Famine in Africa is a socio-political-economic problem and will stay as long as governments do not strengthen their agriculture by adopting modern techniques and technologies.

Since introduction of GM crops in South Africa, over 40 million hectares of GM maize were planted, over 70 million metric tons harvested and eaten by humans and animals without any proven adverse effect. South Africa is also implementing its bio-economy strategy. What we need, is better communication with the public. We also need the voice of government to counter misinformation conveyed from other continents. It is our legislation that is under attack. A silent partner is a wallflower, nothing more.