Ethanol is a demand driver

The use of ethanol originated in 1826 where it was used as fuel for engines. In the 1850s it was used as a medium to light fires. During the American civil war these uses were stopped as all forms of alcohol were taxed to finance the war. The first ethanol-fuel blend was used in the 1920s and 1930s during the second world war as fuel shortages was a huge problem for all sides.

The story of modern large-scale ethanol production starts in the 1970s. Between 1967 and 1979 an energy crisis came into existence in America due to unrest (conflicts, wars, and political reasons) in the middle east. The biggest of these unrests of course was the boycott that Arabic nations implemented against the United States of America. This boycott is the result of America throwing its weight behind Israel during the Yom Kippur war against Egypt in 1973. The price of Brent crude oil soared from /barrel to /barrel (300%) in only twelve months’ time.

US CORN AND ETHANOL PRODUCTION
Table 1 illustrates US corn production and the uses thereof. The table clearly shows how ethanol production has increased through the years. Initially it took 17 years to cross the 1 million bushel mark between 2002 and 2003. To increase from 1 million to 2 million it only took three years. To reach 3 million bushels only a year was needed and in 2009 and 2010 the 4 million and 5 million marks were crossed. 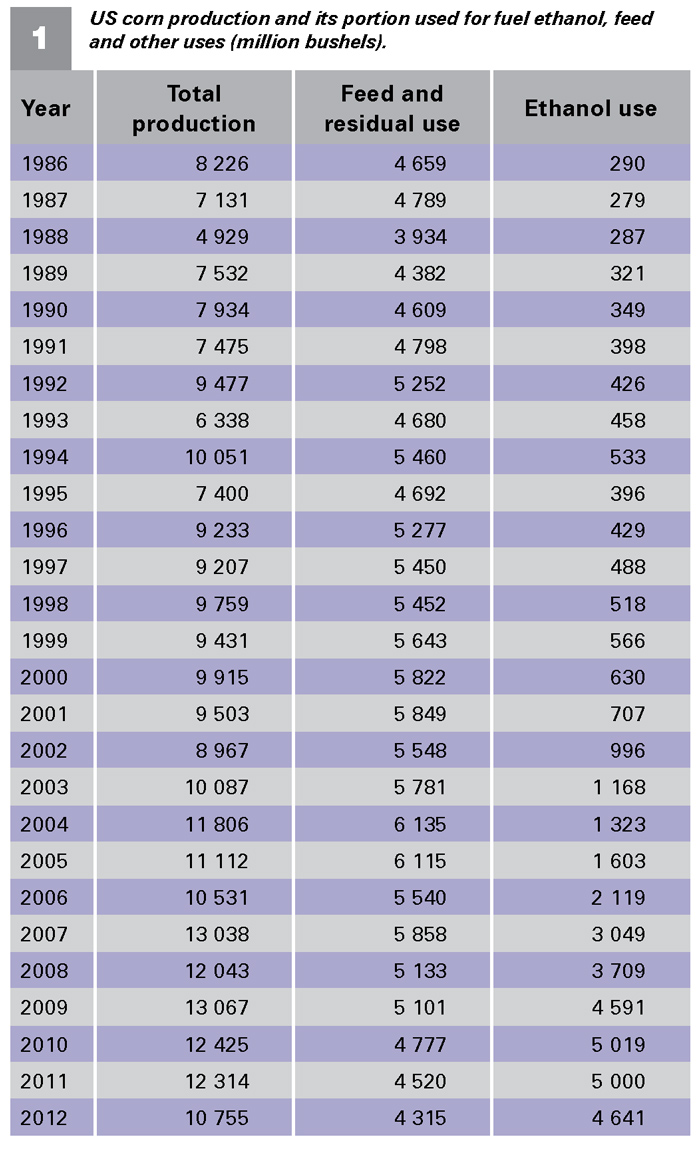 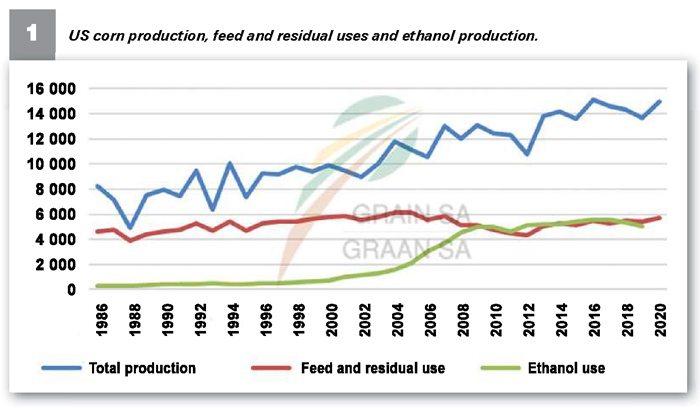 US subsidies of ethanol production
The US currently has ten laws and 15 incentives which applies to ethanol production and the use thereof. Yet, there is only one which has a direct effect on producers. The incentive which is applicable to producers is the ‘Advanced biofuel feedstock incentive’. From the Biomass Crop Assistance Programme. (BCAP; section 9010)

The incentive works as follows:

Producers can receive the following:

Payments will be reduced according to the following rules: 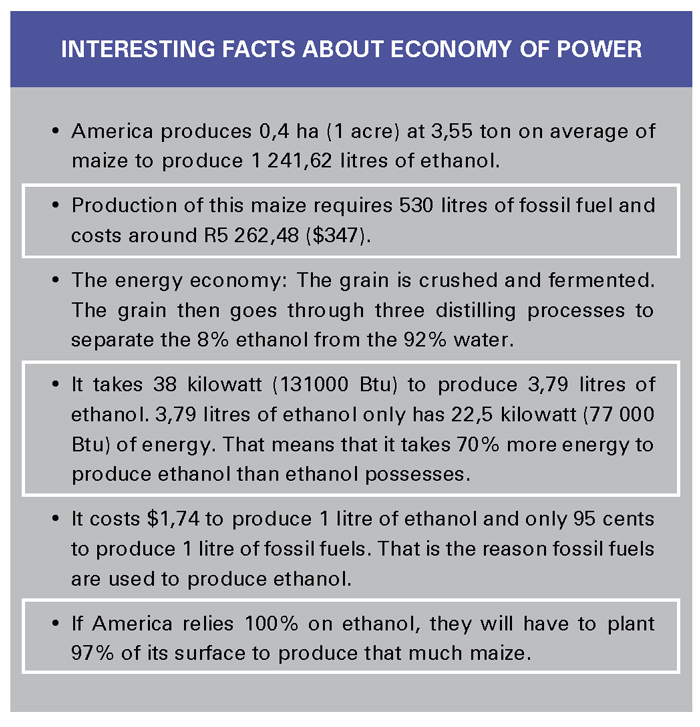 BIOFUEL AND SOUTH AFRICA
Starting in 2005, the Department of Mineral Resources and Energy drafted South Africa’s Biofuel Industry Strategy (BIS). The BIS was approved on 5 December 2007. This strategy entails the production of bioethanol from sugar cane, sugar beet and biodiesel from sunflower, canola, and soya beans. The exclusion of other crops is based on food security concerns. The initial proposal stretched over a five year period and entailed a penetration level of 2% which amounts to 400 million litres per annum. Even though biofuel production in South Africa is very little to non-existing, international biofuel production will cause demand for agricultural products to rise. This is a positive projection for producers which will benefit the whole agricultural supply chain.