Do the right thing – treat workers with care and respect

Much has been said in the media about the plight of farm workers in South Africa. The general picture painted is a very negative one and farmers are generalised as a group that treats its employees poorly.

There is sadly very little focus on the good work being done either into how the agricultural sector creates valuable employment in rural areas, or on how farmers contribute generously to their local communities.

The bad rap actually comes from cases where there has indeed been poor treatment of farm workers, or where processes and legislation have not been followed correctly. It is the responsibility of every farmer to work towards changing this negative impression. This is only achieved when as a collective we work with integrity and honesty, doing right by those who work with us to make our farming operations what they are. There is no need to wonder what the right procedures are because Sectoral Determination 13 is in place to regulate the basic conditions of employment and the remuneration of farm workers in South Africa.

WHO IS A FARM WORKER?
A farm worker refers to every person involved in the farming activity and includes all general workers, private security guards (except if they are employed by the private security industry and have been seconded to your business,) and all domestic workers who are active in farm dwellings.

EMPLOYMENT CONTRACTS
It is always better to have a written contract with farm workers. In fact, increasingly nowadays the representatives of the Department of Labour will ask to see these when conducting a farm inspection. The contracts should include information regarding salary and all particulars of the employee as well as terms of employment. The contract should also specify whether it is a permanent contract of employment (i.e. no end date is specified) or a fixed term contract (i.e. a specific time period for the worker’s employment e.g. seasonal workers).

Guidelines
What information should be included? Here are a few guidelines only:

TERMS OF EMPLOYMENT AND REMUNERATION OF FARM WORKERS
According to the Department of Labour’s Basic Conditions of Employment Act No. 75 of 1997, all farm workers must be paid at least according to the stipulated annual minimum wage scales. Farmers must familiarise themselves with the appropriate legislation.

Some points worth highlighting are:

Prohibition of child labour
No one under the age of 15 is required or permitted to work. Every parent is expected to make sure that a child under 15 attends school. No person may employ a child who is under the age of 15 in farming activities. Children older than 15 but younger than 18 cannot work more than 35 hours a week and cannot work with chemicals. An employer must maintain a record of the name, date of birth and address of every farm worker under the age of 18 years employed by them for three years.

Leave conditions should also be included in the employment contract 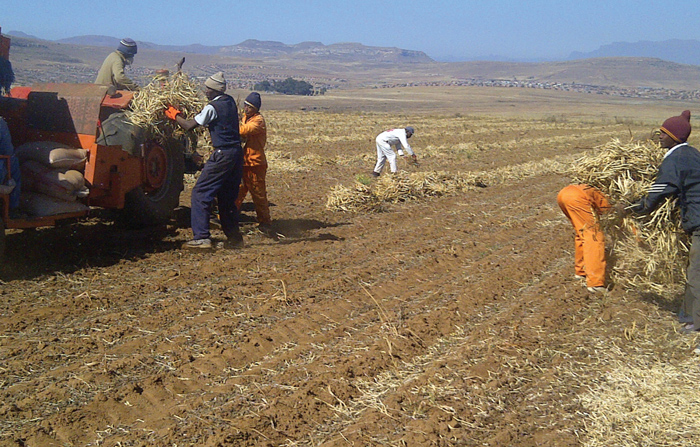 CONCLUSION
You don’t build a business you build people – and then those people build the business! Richard Branson has been a highly successful entrepreneur in many sectors. He believes the key to business success lies in the way you treat your employees: ‘Clients do not come first. Employees come first. If you take care of your employees, they will take care of the clients.’ This is also true in a farming environment. If your workers feel respected and valued, they will in turn treat the machinery and tools they work with, or the animals and farming operations they are involved in with care and respect.