COVER CROPS Mixes and applications in the Western Cape

What is a cover crop?
A cover crop is a crop or combination of crops planted primarily to manage soil erosion, soil fertility, soil quality, water, weeds, pests, diseases, biodiversity and wildlife in an agro-ecosystem. We have to remember that a farm forms an agro-ecosystem. It includes not only the crops we plant and the animals we raise, but a host of natural occurring plant species, animals, birds and insects.

One of the biggest problems we face in agriculture today is a lack of diversity when we compare farming operations to what has been there before agriculture started. Unfortunately, we have destroyed some of the natural ecosystems occurring on our farms and we need to look at ways to bring some resemblance of these systems back to ensure more sustainability in our farming operations.

By including the cover crop into an existing crop rotation, you are relinquishing the opportunity to grow a cash crop, which currently is still worrisome to producers. There are however several benefits that can be reaped when incorporating a cover crop into a farming system as we can see from the definition above.

If you want a good way of combatting weeds, plant a single crop that competes vigorously with the weeds. An excellent example is black oats or saia oats. In the trial where we develop the mixtures, we measured biomass produced by the cover crops as well as weed control. 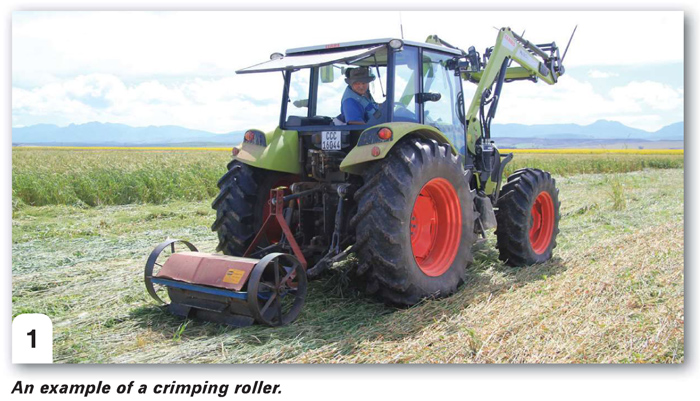 Over the last two seasons the black oats have had zero weeds in the trial. It also produces a high biomass that can help cover your soil during the hot summer months and prevent soil erosion by wind. If you have animals on the farm it can also be of benefit since the animals can graze on the residue during the summer. We are currently struggling with herbicide resistance in some of our weed populations and by using a cover crop it gives the producer another tool in the toolbox to combat weeds.

The whole idea of cover crops is to produce them with minimal inputs. We plant them without fertiliser and do not apply any inputs during the season. Before seed sets we terminate them with a crimping roller (Photo 1) or with a contact herbicide. 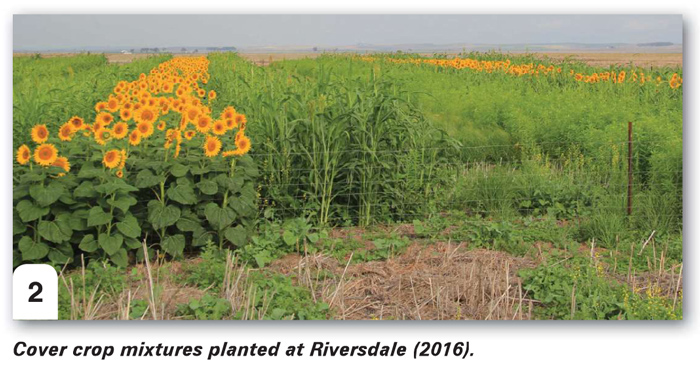 With the mixtures, one often finds that the sum is bigger than the parts, which means that we often find a greater biomass production with a mixture than a single crop type. In Table 1 is a list of the different mixtures that are currently tested in our research programme. The list also gives the biomass production and weed control of the different mixtures. 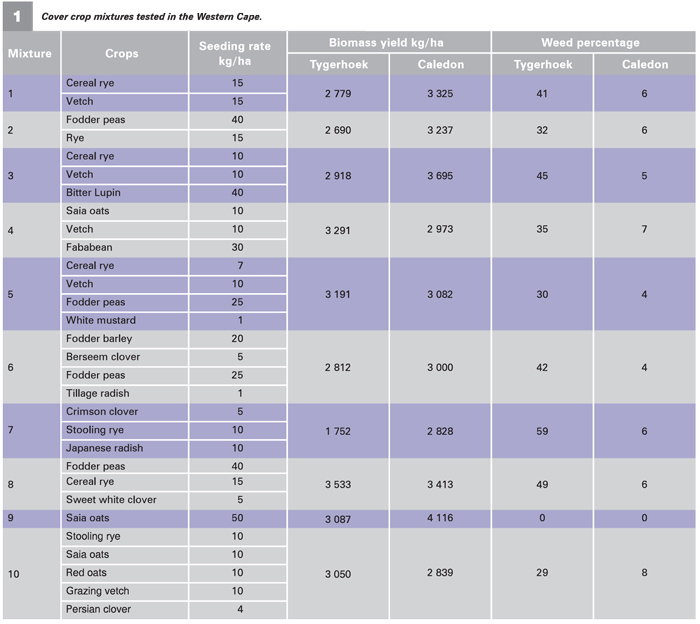 How to utilise a cover crop
The research on the different utilisation methods of cover crops are being done on the Langgewens Research Farm near Moorreesburg. We are comparing grazing the cover crop to removing the cover as hay or leaving it as residue on top of the soil.

Some interesting results are emerging from this study. It should be obvious that leaving the cover as residue will result in the highest coverage of the soil, compared to the other two methods. The grazing of the cover crops can, however, still produce sufficient cover on top of the soil if the grazing is stopped early enough so that regrowth can occur.

By making hay of the cover crop, nearly all the material is removed from the soil surface. The surprising results from the trial came from comparing the available nutrients left in the soil and within the residue. The haying process removed a greater number of nutrients than the other two methods. There was, however, no differences in the nutrient content available to the next crop between the grazing plots and the mulching plots. This bodes well for using cover crops as supplemental grazing and makes the selling of the cover crop idea to producers much easier.

The alternative to including a cover crop between your cropping seasons, is to plant a summer cover crop. This is, however, very difficult in the Western Cape if you do not have irrigation. There are producers in the southern Cape who have planted summer covers with varying degrees of success (especially Teff grass and different sorghums), but they have the possibility of summer rains, which the Swartland does not have. We have only had a success with summer covers in our research in one out of the three years we planted them. 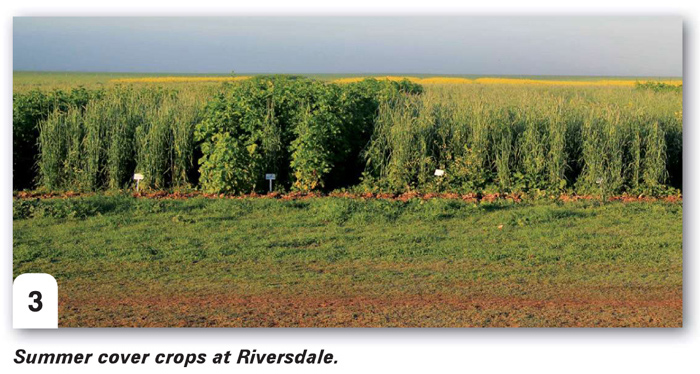 The successful year received 200 mm of rain during the summer (Photo 3). If you are able to plant a summer cover it could give the producer extra grazing options or provide cover for a field to protect against wind erosion and the harsh summer sun, thus keeping the soil cooler and will also help with retaining summer moisture during the months of February, March and April.

Conclusion
Cover crops can bring so much versatility to our current production systems while protecting food security and increasing biodiversity on the farm. Happy cover cropping all.