This article is the 17th in a series of articles highlighting a specific pasture crop species that can play an imperative role in conservation agriculture (CA) based crop-pasture rotations. Besides improving the physical, chemical, hydrological and biological properties of the soil, such species, including annual or perennial cover crops, can successfully be used as animal feed.

It is imperative to identify a pasture species fulfilling the requirements of a dual purpose crop, i.e. for livestock fodder and/or soil restoration. This article focuses on an annual pasture crop commonly used in field husbandry to improve soil conditions and to provide a good grazing for sheep.

One of the main properties of lupines is a presence of alkaloids in the plant which determines how sweet or bitter the plant is. 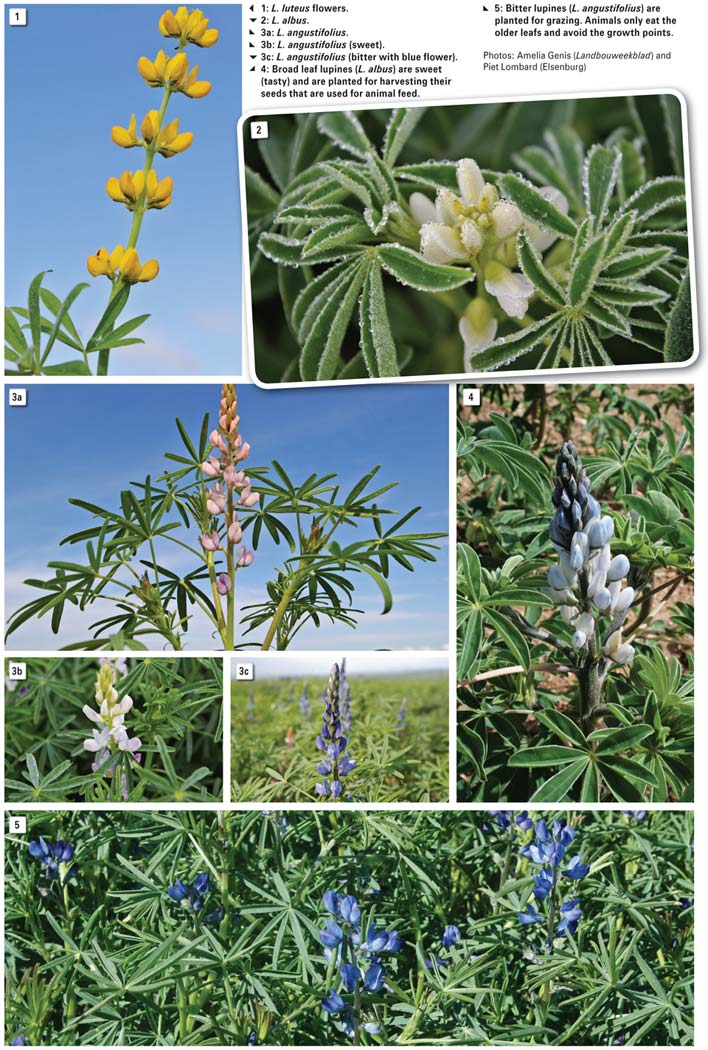 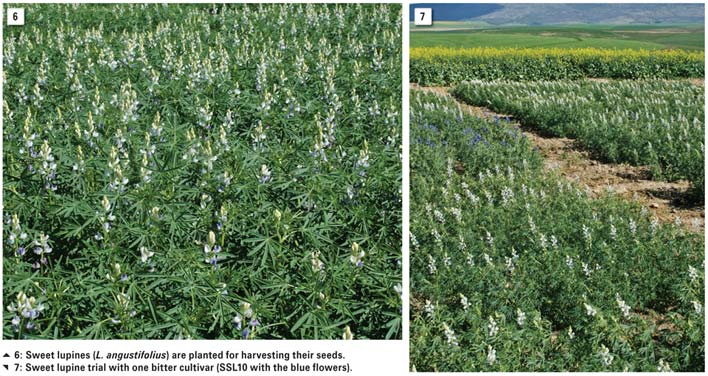 Lupines can either be planted in the winter rainfall and/or summer rainfall region of the country. A very common area for production for this species is in the coastal regions of the Western Cape and is particularly used for sheep production.

The most common species planted in the Western Cape is mainly L. angustifolius and has become popular for sandy soils, while L. albus is better adapted to the loamier soils. These lupin species are very well known to establish easier than other legumes.

They prefer a slightly acidic (not very acidic) and poorer soil, and the nitrogen they produce is extremely valuable to the following crop planted on that soil. The annual white lupin, also known as the sweet white lupin in the summer rainfall region, requires moderate temperatures for best growth and development.

It therefore thrives in the cool, moist areas of the Highveld regions of Mpumalanga, Eastern Free State and the KwaZulu-Natal plateau. Most lupines are grown for their high quality seed which is used as a protein and energy concentrate in livestock feed rations.

Since white lupin seed is big, high seeding rates (40 kg/ha to 50 kg/ha) are required regardless of row spacing. Fortunately, lupines are less sensitive to soil preparation than most crops. Even though lupin seed is big, it is recommended that the seed should be planted shallow, no more than 3 cm deep.

Since lupines are leguminous plants, they have a low requirement for nitrogen. Lupines prefer a lower soil pH and do not tolerate free lime in the soil. These species respond extremely well to phosphorus (P) and potassium (K) and it is therefore important to build the soil levels of these particular nutrients. Being a legume, it is essential to ensure good inoculation of the seed, with the correct Rhizobium bacteria.

Lupines are known for their high production of good quality seed and it can be expected under optimal conditions, to yield anything between 1,5 tons/ha to 4 tons/ha depending on prevailing conditions. The sweet lupin is characterised by a high protein and oil content which is highly digestible by ruminants.

This crop is not suitable for grazing in the early growth stages, since there is little regrowth. For the best value as a grazing it is recommended that it be grazed at an advanced growth stage when most of the growth has taken place. The carrying capacity of lupines will all depend on the seed yield and presence of weeds.

Lupines have various uses, i.e. using it as a rotation crop, a pasture crop and a silage crop. As a rotation crop, lupin seed is sown directly into wheat stubble with no additional nitrogen (N) and can be used to reduce excessively high levels of other macro nutrients.

As a pasture crop especially for sheep, grazing is often restricted because of high concentrations of alkaloids in the young leaves and growth points. As the plant matures, more parts of the plant are eaten. The greatest value however of lupines is found in the dry summer months in the winter rainfall region, when sheep pick up the fallen seeds and also graze the stubble.

Lupines can also be used for silage production, because the species have a high green matter, moisture and protein content. Additionally, the high seed production of this species provides a concentrated form of carbohydrates which becomes very valuable in the silage making process.

In general it is known that lupines are adapted to poor and slightly acid soils, but they do however have high growth requirements. Lupines are used as green manure and in rotation with cereals because they are capable of fixing nitrogen from the atmosphere and converting it to a usable form.

Poorly fertilised lupines can exhaust the soil and leave it even poorer than before. This is where lupines can have great value in soils that have extremely high levels of nutrients that have built up over time. Lupines are also well-known in weed management and between fields of cereal crops to keep diseases from spreading. Atmospheric nitrogen fixation rates of up to 400 kg N/ha has been observed in Europe and Australia.

One of the major challenges regarding the use of lupines for grazing purposes is that they often contain high levels of alkaloids. If large quantities of the alkaloids are ingested by ruminants, it can cause significant metabolic disorders in livestock and can eventually lead to death. Another poisoning that can be experienced is Phomopsis poisoning, which entails the ingestion of lupin stubble that has a fungus growing on it, especially after rain during summer or autumn.

With a crude protein content of 19%, studies have shown that it is possible to carry six sheep/ha for eight months of the year. Lupines are a concentrated source of both protein and energy and the greatest form of lupin utilisation in Australia is as a whole-grain feed for grazing sheep, to supplement low grade roughage diets.

Livestock production responses vary depending on the quality of the forage on offer. The efficiency of utilisation of lupin grain varies from live weight change of 0,8 g/g of lupin dry matter for low quality roughages where sheep are losing weight rapidly, to live weight gains of 0,2 g/g to 0,3 g/g lupin dry matter where roughage quality is adequate to support maintenance or slow growth.

Lupin supplements generally result in higher intake, live weight gain and wool growth than comparable supplements of cereals. This is primarily due to their protein contribution to rumen microbial protein synthesis, but also possibly due to rumen bypass protein effects, higher metabolisable energy content and fewer disturbances to fibre digestion which often accompanies the fermentation of cereal starch.

Annual lupines are promising legume crops for green manuring and forage. The composition of the seed and especially the high protein content makes lupines highly suitable for livestock diets as a protein-rich product in intensive farming systems. Since it often can grow on land unsuitable for other crops (too saline, heavy, acid or poor), the development of cultivars adapted to tropical African conditions is highly recommended.