A farmer may have done everything perfectly right from seed bed preparation to planting depth and plant population, but it is critically important to always remember that sunflower seedlings have a particular reputation for being very vulnerable at the point of emergence.

Seedling emergence is one of the most important factors in the establishment of optimum plant density for a maximum yield. a common cause of poor emergence is surface crusting.

THE CHALLENGE
The surface of the soil in which the sunflower seed is planted can often form a thick, impenetrable crust which will result in uneven emergence and gaps in the stand. Since sunflowers are normally planted in mid-summer, we have hot, dry weather with intermittent thunderstorms. Water is attracted to soil particles and is then held or absorbed by the soil particles.

When heavy rains fall, followed by more days of extreme heat, the effect is a bit like an oven which bakes the soil and causes a thick crust to develop on the surface. We know sunflowers to be vigorous growers but the tender young seedlings cannot penetrate through this crust easily – if at all. The result will either be delayed emergence or significant gaps in the rows and a poor, uneven stand.

KNOW YOUR SOILS
Different soil types react differently and some are more prone to compaction and crusting than others. More friable, clay soils do not crust as easily as the more sandy and sandy-loam soils. Another factor which influences crusting is the amount of organic matter in the soil, the higher the level of organic matter, the lower the likelihood of severe crusting is – which is a benefit to those farmers practicing no-till farming.

The typical field which is most likely to be prone to surface soil crusting is the field which has been worked two or three times for seedbed preparation and has a fairly fine texture.

The term ‘duisendpoot’ is commonly used throughout South Africa but is correctly termed a rotary hoe. It is very important that this action is performed at the correct time since little emerging sunflower seedlings are very delicate and can easily be broken if ‘duisendpooting’ occurs while they are emerging.

TIMING IS EVERYTHING
As is the case in so many farming operations, timing is everything! The sunflower farmer only has a small window of opportunity to get into the field with the rotary hoe because there is a risk of damage to the seedlings.

Every sunflower grower should conduct at least one pass over the field on the third to fourth day after planting. No sunflowers would have emerged as yet so this will ensure that the surface is loosened. Conveniently, this action will also damage the weeds which will be germinating closer to the surface than where the sunflower seed will be lying.

The next process will be the really risky one. If there is no rain again, the one pass across the fields should be sufficient for good germination, but if it does rain again before the field of seeds has fully emerged, then the farmer will have to consider another pass to ensure that all the seedlings emerge well.

There is a risk to the second process because some seedlings would have germinated while others won’t necessarily be germinated yet and there is a crust which urgently needs to be broken!

Although the rotary hoe’s effectiveness is greater at faster speeds, the best practise at this point is to drive the tractor much more slowly to ensure that the speed of the pass does not either dig out the little seedlings or break off the ones which have emerged.

Another helpful bit of advice is to conduct any post emergence rotary hoe operations on warm, sunny afternoons – and while the surface of the soil is quite dry. Then the sunflower plants will be more flexible and even slightly wilted which will result in less crop injury. There will probably be some damage but this can be reduced with careful monitoring of the process. In fact, some farmers even anticipate this potential loss and increase their planting population accordingly. The rule of thumb is a 5% stand loss with each hoeing.

No farmer should just send a driver to his field and let him get on with the job – this is one of those moments when it is essential that the farmer watches the process with the eyes of a hawk. 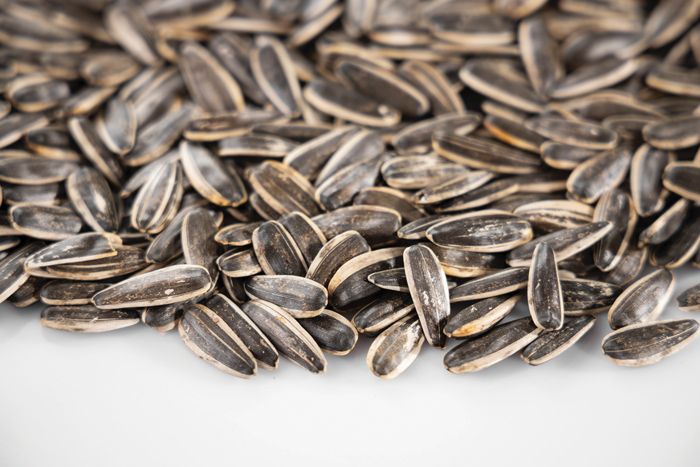