On the 2nd of October, Grain SA honoured the outstanding farmers who form part of their farmer development programme at the annual day of celebration. the farmers who attended the event at NAMPO park outside Bothaville in the heart of the Free State, all identified with what the 2019 Grain SA/ABSA/John Deere Financial New Era Commercial Farmer of the year, Andries van der Poll, said: ‘I was born a farmer and I will die as one.’

This competition was initiated by Grain SA in 2009 to give acknowledgement to farmers for the hard work they put in throughout the year. It is an opportunity for all grain farmers, big and small, to showcase their hard work and determination.

The celebration takes place whether the year has been a difficult one with little rain and low yields being achieved or a good rain season which has seen high yields being recorded. At this year’s celebration it was evident that agriculture in South Africa was alive and well as farmers can persevere despite what life throws at them.

To Jannie de Villiers, CEO of Grain SA, agriculture has the power to revitalise the economy of South Africa. He asked the attendees to tell the farmers in their communities to hang in there and not to give up. ‘It is the “culture of agri” that can heal this nation,’ he said in his message.

Apart from the nominees, their mentors and families and the Grain SA team other guests included representatives from the Department of Agriculture, agribusinesses, organised agriculture as well as the media and the private sector. Even a member of parliament, Ms Anette Steyn, was present.

THE 2019 WINNERS
To the Grain SA team this is an event that energises them as they witness the fruits of their labour. ‘Recognising what you as farmers have achieved throughout this year gives us hope. As we wait for rain we trust in God as He enables you to grow food for our nation,’ Jannie told the farmers who were there to celebrate the successes of the agricultural sector.

AND THE WINNERS ARE…
It must always be kept in mind that the main goal of this competition is not about winning, but about celebrating the learning, growth, development and hard work of the thousands of farmers in the Grain SA Farmer Development Programme. It is meant to act as a beacon of motivation and inspiration to everyone involved in the agricultural industry to continuously work towards bettering ourselves to achieve our goals. Your goal should never be to be nominated or to win anything, but to grow every day, every month and every year to get closer to reaching the yields, profitability, the efficiency or whichever goals you have set for yourself and your family. Ultimately, that is winning!

To see a big man, Mazonya Elijah Dhlamini from Volksrust in Mpumalanga, burst into tears, touched all the guests. His provincial co-ordinator is Jurie Mentz from the Louwsburg office. This 2019 Grain SA/Absa Subsistence Farmer of the Year believes that planning and good management are the keys to his success. He has switched to no-till practices and says that the thorough management of weed and pest control and applying fertilisation all attributed to reaching this goal.

The Grain SA/Syngenta Smallholder Farmer of the Year is Mdumiseni Welcome Hadebe from Winterton in KwaZulu-Natal. Graeme Engelbrecht from the Dundee office is the provincial co-ordinator who oversees his operation. Mdumiseni started farming in 2014 on 2 ha. He has since increased his maize production to 4 ha, managing harvests of 8 t/ha. To him, applying what he learned at the training courses presented by Grain SA, has provided solutions to any farming problems. He believes that if you take pride in your work, you will be successful.

The second winner from the Dundee office is Sabatha Ewart Mthethwa who farms in the Dannhauser area in KwaZulu-Natal. He is the third winner of the Grain SA/Monsanto Potential Commercial Farmer of the Year award. His father, Remember Wiseman Mthethwa, was one of the finalists of the 2017 Grain SA/Absa/John Deere Financial New Era Commercial Farmer of the Year. Following his death, Sabatha and his two siblings had to take up the reigns of their family farm in Dannhauser. Apart from planting maize and dry beans, they also farm with livestock. This season they planted 250 ha of maize and Sabatha is adamant that their success stems from their love of farming, respect and pride.

The highlight of this event is always the announcement of the Grain SA/Absa/John Deere Financial New Era Commercial Farmer of the Year. This year Andries van der Poll was the elated winner who received a brand-new John Deere 5075 tractor as prize. He farms with his wife, Jacky, in Riebeek West in the Western Cape where Liana Stroebel is the provincial co-ordinator. Andries started farming as a young boy alongside his dad and worked as a farm manager for 20 years after obtaining a diploma in agriculture. The Van der Polls now farm on 450 ha, with 300 ha of arable land where they cultivate wheat and lucerne, and plant maize under irrigation in summer. Andries thanked Grain SA for their guidance which has allowed him to live his dream.

Congratulations to each nominee, finalist and winner and also to every farmer for their hard work. You are making a difference in South Africa by feeding a family. 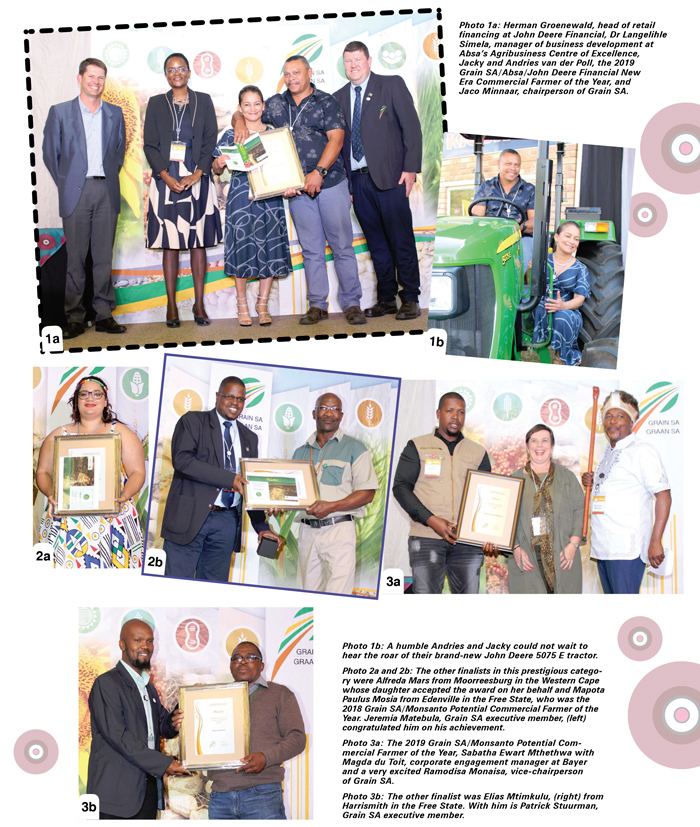 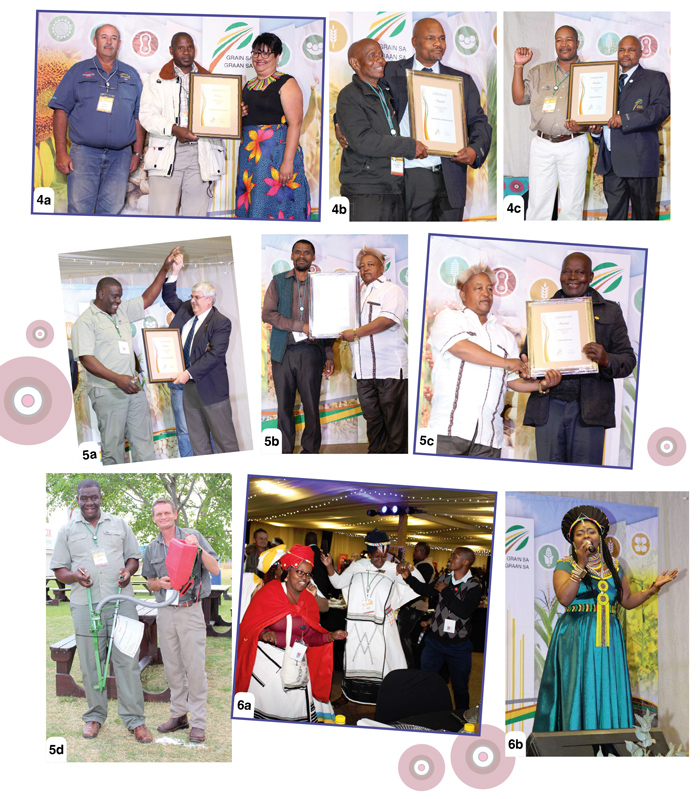 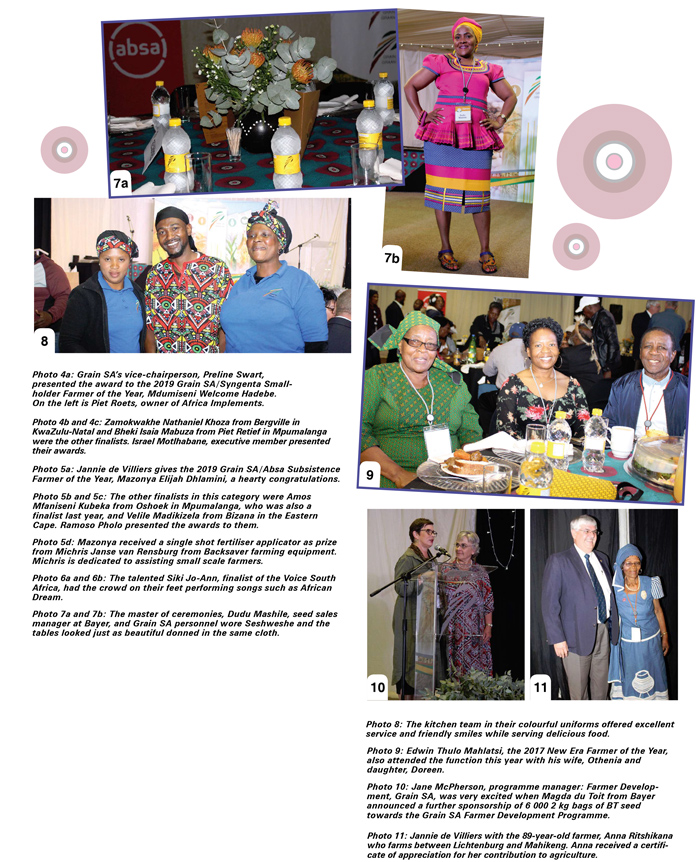