If you have not already done so, procure seed of the cultivar you intend planting as soon as possible.

Remember the following important factors when deciding what cultivar to plant:

Most canola seed sold in South Africa has been treated with a fungicide andor an insecticide to control seedling diseases and insect pests that attack the canola seedling. Should damping of disease be a problem in your area (cold, wet soils at planting) consider treating the seed with a registered fungicide if not already treated. 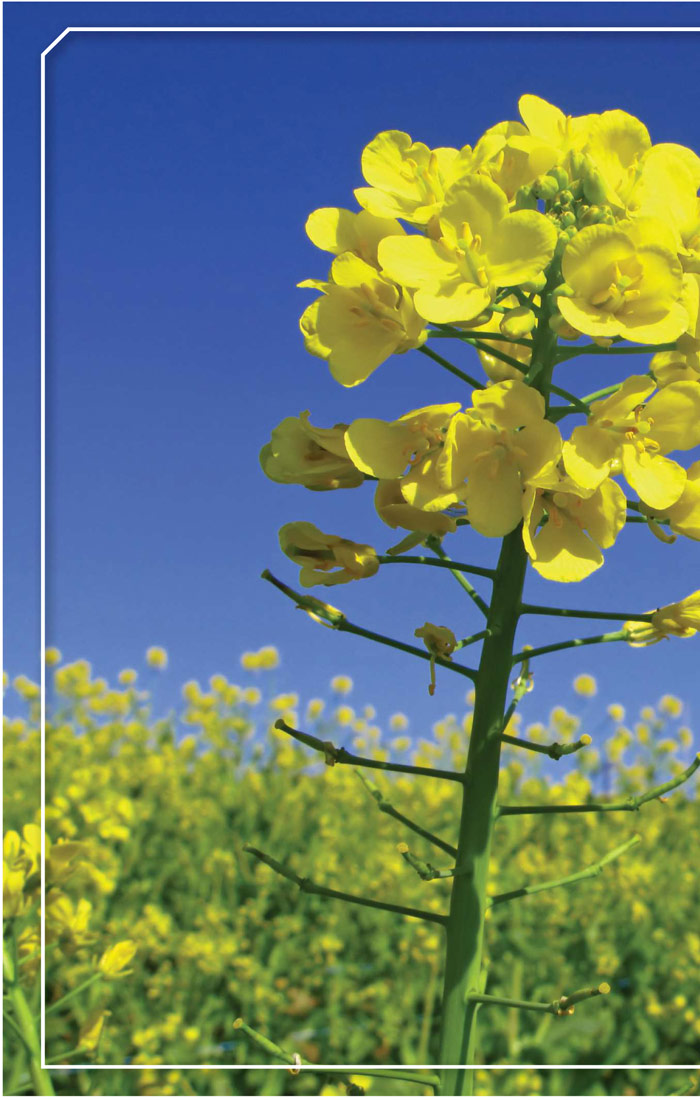 Canola does not do well if there is a thick layer of stubble/straw in or over the planting furrow. Reduce the stubble load on the land by baling, grazing or even burning (the last resort) excess stubble prior to planting. Canola plants that germinate under a stubble cover take longer to germinate (soil colder) and are long, spindly plants that are more prone to seedling diseases. Organic material on the surface can also adversely influence the efficacy of some herbicides that bind to the stubble and cannot reach the soil surface.

Control weeds or volunteer plants prior to planting. Large weeds are not easily controlled by herbicides and often serve as hosts to cutworms and other pests.

Canola should ideally be planted after the first autumn rains (15 April to 15 May) once there is sufficient moisture to ensure good germination. One of the most important factors in ensuring an optimum canola yield is to achieve a uniform sized and evenly spaced seedling stand. An evenly spaced stand will contribute to weed control as the canola plants rapidly shade out later germinating weeds, often a major problem in many other crops. Uniform sized plants assist in making management decisions regarding time to spray, top-dress, swath etc. much easier.

Canola should be planted between 15 mm and 25 mm deep. Ideally a stand of 40 to 50 plants/m2 should be the target. This can be achieved by planting hybrid seed at 2 kg/ha to 3 kg/ha. Canola is small seeded, thus it is important that the seeds make good contact with the soil to promote germination. A press wheel should however be used sparingly on soils that are inclined to compact. Fertiliser should not be placed in direct contact with seed. N and K can cause severe burn to germinating seedlings and must either be applied away from seed or post planting. Canola’s sulphur requirements are up to four times that of wheat. S can be applied at planting (especially in soils that test low in S) or as top dressing in combination with N.

It is vitally important to monitor the canola regularly (every two to three days) from planting up to the five-leaf stage. Many pests and diseases can cause severe damage in a short space of time to young canola seedlings. Cutworms, snails and slugs, isopods, mites and aphids can all be effectively controlled if the start of damage is noted early and control measures are put into place immediately. Make sure to correctly identify the pest causing the problem and use the chemical registered to control it.

Besides the damping off disease complex, the other disease that can cause problems early is blackleg. Should farm retained seed have been planted and conditions for disease development be favourable (rain at the start of the growing season) spores are released from canola stubble and transported by wind to young seedlings that are infected. Canola planted in close proximity to fields planted to canola the previous season are thus at higher risk. Cultivars with resistance to blackleg will be less likely to be infected.

Should a grower farm in an area with a high blackleg risk or a history of blackleg infestations, it would be advisable to spray a registered fungicide between the four to six leaf stage of the canola. This is a preventative spray and products sprayed later will give a poor result.

When selecting what herbicide to spray, consider the following factors:

It is important to make sure that spray equipment has been thoroughly cleaned prior to spraying canola. Traces of some herbicides (especially SU’s) have been known to cause severe stunting and discolouration of young canola plants. Do not spray weeds that are under stress as uptake of products will not be as effective. Make sure that spray equipment is correctly calibrated.

The amount of N to be applied as top dressing will be determined by:

Another plant nutrient that must receive attention is boron (B). B fulfils an important function in respect of flower fertility and B deficiency will result in fewer pods as well as fewer seeds per pod. B should be applied as a foliar spray during stem elongation (70 to 80 days after emergence).

Canola is extremely sensitive to aphid infestations during the early growth stages. During periods of hot, dry weather the aphid population can increase rapidly. Be on the lookout for aphids between the young leaves at the growth tip during the rosette phase, as even a few aphids feeding are enough to inhibit growth of the plant. Mature canola has a higher tolerance to aphid infestations. Insects like bollworm and diamond back moth only become important pests from flowering onwards.