Early rains in the southern cape and overberg enabled farmers to practice effective weed control which led to excellent crop establishment across the region. In some cases, the crop density was so dense that farmers feared there were too many plants per square metre. 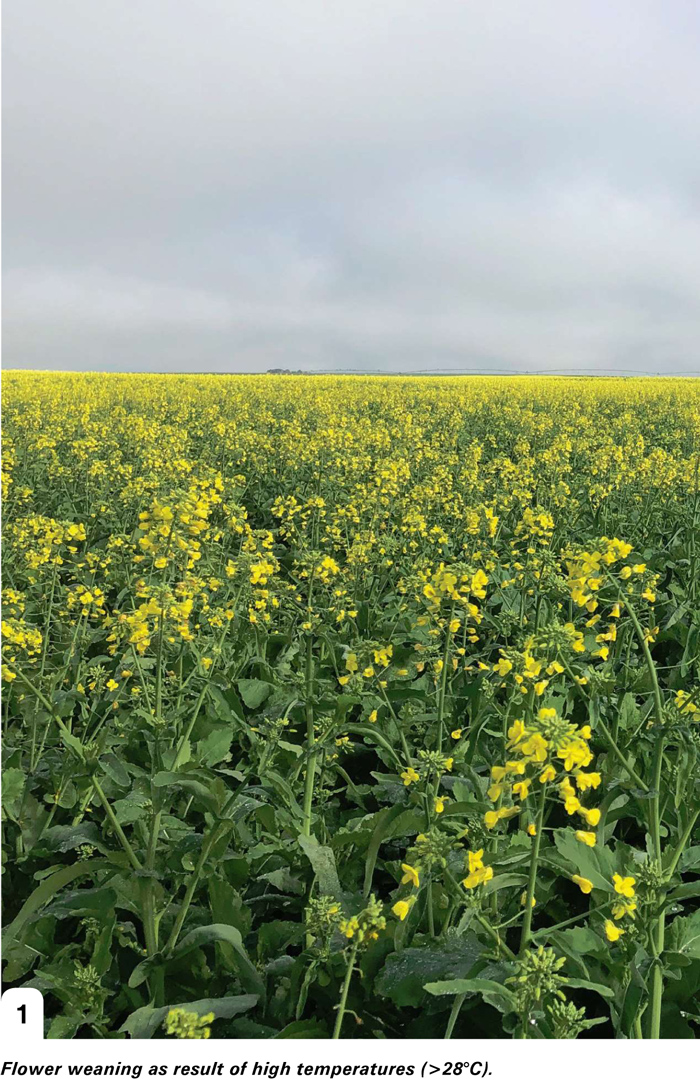 Unfortunately, these favourable conditions were followed by an extremely hot and dry July and August. Most of the canola was in full-bloom during August which shortened the production cycle drastically and resulted in flower burn and eventual weaning (Photo 1). Dry and warm conditions continued to prevail through to the seed-fill stage eliminating the idea of a record canola yield for the Southern Cape and Overberg.

The Swartland was not as fortunate as the Overberg and Southern Cape with regards to rainfall at the beginning of the season. Conditions during seedling establishment was tough but luckily a shift in rainfall events occurred from 20 June which improved crop stands to such an extent that a record year for the Swartland was once again expected for the season. Unfortunately, record yield expectations were shattered when a heat wave (>35°C) stroke most of the areas resulting in 5% to 8% flower weaning. Furthermore, temperatures were above average in September which dramatically decreased yield expectations for the area.

In spite of the poor conditions late in the season, canola producers still managed to amaze with above average yields this year. Yield averages of >1,8 t/ha were still achieved in some parts of the Western Cape when the correct cultivar was chosen in conjunction with conducting sustainable management practices. 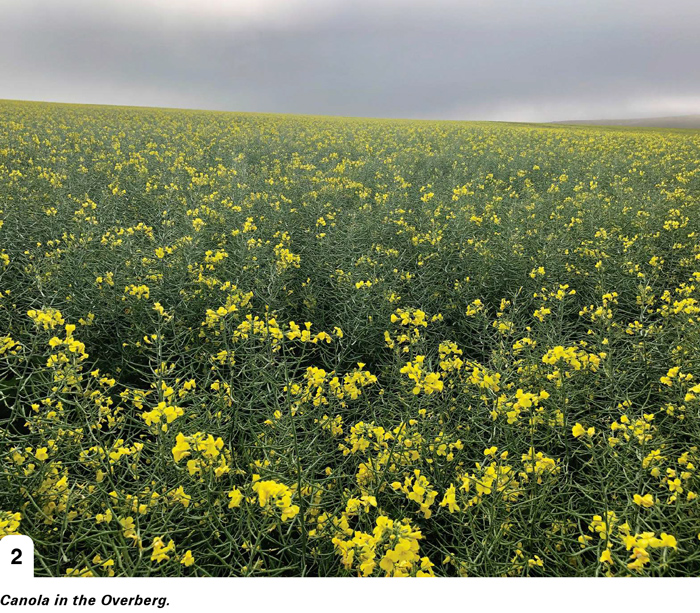 The total volume of canola production for 2019 was estimated at approximately 100 000 tonnes compared to 109 707 tonnes in 2018. Currently, the average yields for the three Western Cape growing areas and inland growing areas are 1,35 t/ha (Overberg), 1,28 t/ha (Southern Cape), 1,51 t/ha (Swartland) and 2,64 t/ha (inland) respectively. The average yield for all canola delivered to Soill is currently standing at 1,37 t/ha, which is an excellent yield average taking into consideration the extreme weather conditions of the past season. 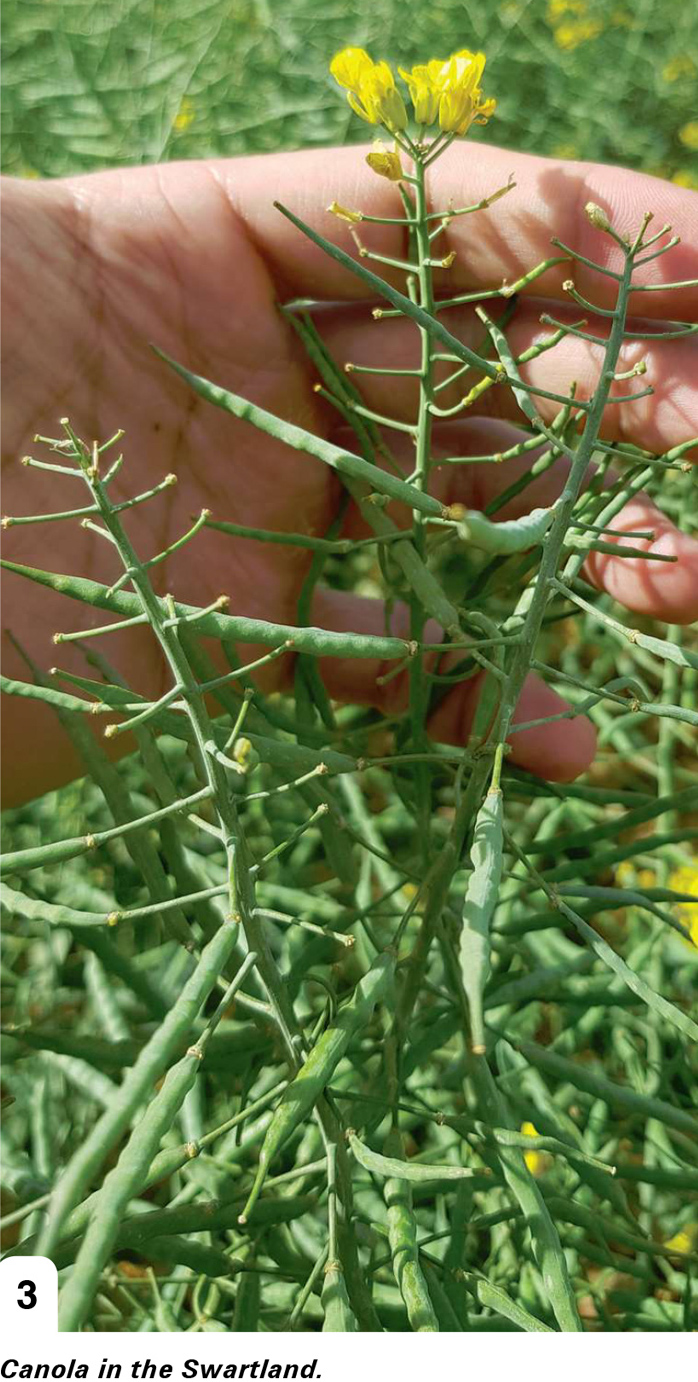 CHALLENGES AND THE WAY FORWARD
Climate was once again the canola crops biggest challenge this year. Canola’s tolerance to drought conditions has proven the crop to be a trustworthy component of a crop rotation system with grains.

Global warming and its effect on incurring climate conditions cannot longer be ignored. It is important for farmers to incorporate sustainable management practices in order to lower risk in case of occurring drought. Therefore, conservation agriculture must form an essential part of every canola farmer’s management system. Also, by choosing the correct canola cultivar you can further eliminate yield penalties caused by drought. Seed technology has proven to keep track of current conditions and continue to release short growing high yielding cultivars which has shown to still deliver above average yields in spite of low rainfall and high temperatures.