The use of Bt technology (Yieldgard®) in crops provides effective control against insects in maize and forms a modern, environmentally friendly basis for integrated pest control. Bt technology has played a major role in controlling stalk borers in South Africa the past 20 years and the use of this technology has largely eliminated the excessive use of more dangerous pesticides.

Part of insect-resistance management is stewardship, which means that users use the technology in such a way that it can be passed on to the future and the next-generation users in a sustainable way.

The planting of refuge areas forms part of the insect-resistance management programme and stewardship. The Bayer Technology User Guide (TUG) provides a concise source of technical information about Bayer’s current portfolio of technology products and sets forth requirements and recommendations or Best Management Practices (BMP) for the use of these products. 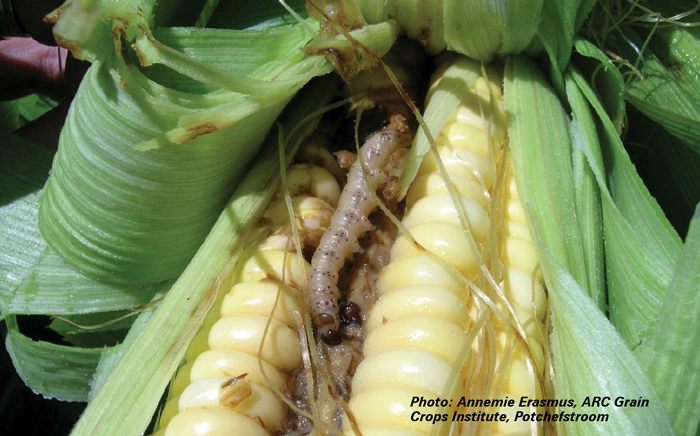 WHAT IS A REFUGE AREA?
A refuge area is a section of the farm where only non-Bt maize is planted. Here, the stalk borers are never exposed to Bt technology. Selection pressure for Bt resistance is therefore insignificant and the individual stalk borers found in a refuge area are almost all susceptible to the control offered by the Bt technology. Its purpose is to provide a population of susceptible moths that can mate with the tolerant moths that survived on the YieldGard® maize cotton. This prevents the surviving moths from being able to mate with each other and that the offspring of the moths will be tolerant.

A key aspect of the successful implementation of a refuge area and an insect-resistance management programme, is the ongoing monitoring of stalk borer populations in the YieldGard® planting so that timely intervention can occur and insecticide can be applied as soon as it appears that the stalk borer populations are not adequately controlled.

The non-Bt maize, i.e. the refuge area must:

Planting a refuge area calls for careful planning and guidelines, as set out in the technology agreement or available from your nearest seed representative, must be strictly adhered to. For more information, contact your Bayer representative or customercare.sa@bayer.com or www.dekalb.co.za.