A programme that is changing lives

Telling our own story first-hand

One of the drivers of Grain SA’s Farmer Development Programme is our close interaction with farmers. We believe in getting out there, getting out of our cars and getting our eyes and feet on the ground, where our farmers are working.

The Nelspruit Farmer Development Office services an extensive area and manages study groups, training and mentorship to farmers distributed from the east of Pretoria to the Swaziland border and further east to the borders of the Kruger National Park.

The farming activities in this area are generally on a subsistence and smallholder farming scale, where agriculture contributes significantly to household food security as well as household income. The agricultural potential here is high due to favourable rainfall and high-potential soil.

There is great potential to create more much-needed local employment and secure food sovereignty in the region. The farmers are able to grow a wide range of produce – from maize and soybeans to a wide variety of vegetables and fruit. Whilst many farmers are experiencing small successes, there is still much work to be done as production remains well below the regional potential in general.

General feedback from the regional manager, Jerry Mthombothi, is that the farmers in his region are positive. Despite early drought, the crops are looking good. Farmers in the region planted maize, groundnuts, sugar beans and a variety of vegetables. The heavy late rains have caused some issues with lodging and water-logged fields but nonetheless, improved production practices are promising good harvests ahead.

Close interaction with our farmers makes a positive impact on the relationships we build, but it also influences the mentoring we do about best practices and sustainable farming.

Let’s take a look at activities in the Mpumalanga region

On 17 February, regional manager, Jerry Mthombothi, who is based in Nelspruit, travelled to Limpopo where he has started a new study groups who will fall under this region.

He paid a visit to 13 Zaaiplaas study group members to give constructive guidance and advice on their arable lands. Betty Tala and Christina Mapaila are both participating in Grain SA’s Beyond Abundance Project. As a farmer development champion, Jerry is excited by the progress shown by his new Limpopo study group members, many who are living in deep rural areas. In the past they harvested between five and ten bags of maize on a hectare. Now they are looking forward to harvesting 3 t/ha to 4 t/ha just by using better practices and listening to expert advice.

The importance of collaboration

Two ‘friends of the programme’ contributed to make a difference in the community and in our farmer’s lives. We acknowledge their contribution with gratitude. 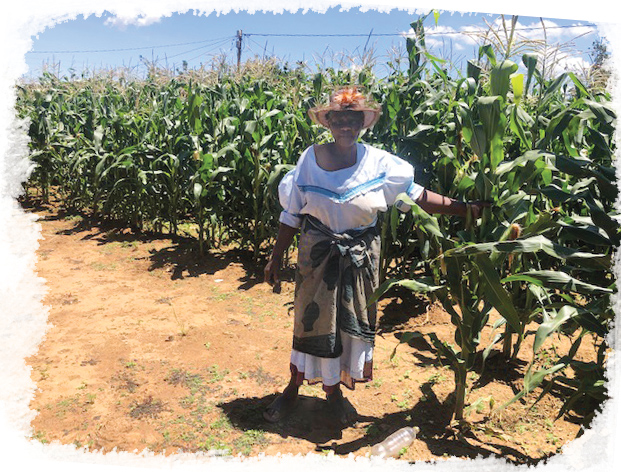