A gathering of grain farmers at 2018 Congress

The annual Grain SA Congress of delegates gathered at NAMPO Park in March. The Fanie Ferreira venue was filled with the buzz of happy reunions.

Chairperson, Jaco Minnaar delivered his Annual Report and the year’s activities were highlighted in a visual presentation. Minnaar said it had been a challenging year but also noted that there had been record harvests and this was reflected in the levy income to Grain SA which had reached record heights.

Minnaar called upon all farmers to carefully consider which crops to plant because production is increasing faster than demand. Farmers need to think carefully before planting maize because ‘the time has passed that we can plant ourselves out of trouble!’

The Chairperson then said that Grain SA says ‘NO’ to ‘Expropriation Without Compensation’ (EWC) and ‘a new society cannot be created by reproducing a repugnant past’.

Vice-chairperson Derek Mathews set the cat amongst the pigeons when he proposed that Congress accept a motion that:

The proposal was followed by a difficult discussion which saw emotions running high. Victor Mongoato, past Vice-chairperson of the organisation, said that the developing farmers could not support the motion in its entirety so they had to oppose the motion and stated that they support the standpoint of AFASA on EWC. Mr Maseli Letuka from Kestel added that developing farmers did not wish to participate in a vote on the matter.

It is true that the spectrum of opinions and emotions was wide but as Guy Butler wrote in his poem ‘A Prayer for all my Countrymen’ – here and there a heart stayed warm, a head grew clear.  What made a lasting impression on me were the voices calling for careful consideration of a sensitive matter. 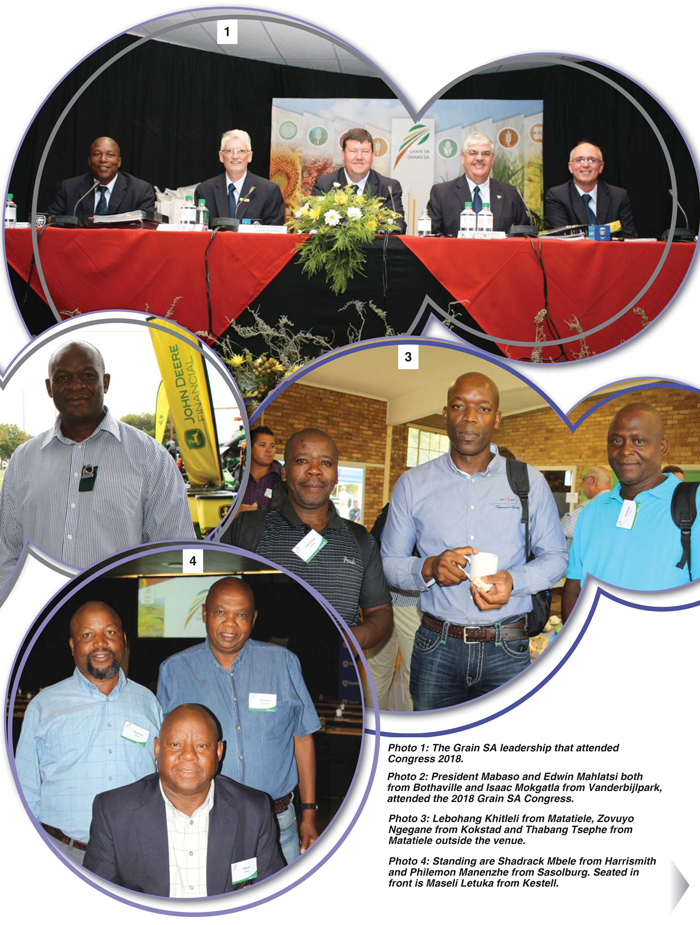 Mathews explained his conviction that land reform is possible within the existing constitution so no changes were necessary if government implemented within current law and said he feared that tampering with the Constitution creates a dangerous precedent. Others, both black and white, spoke of the long way farmers have come as neighbours and friends, of the goodwill that exists between them and called for calm. 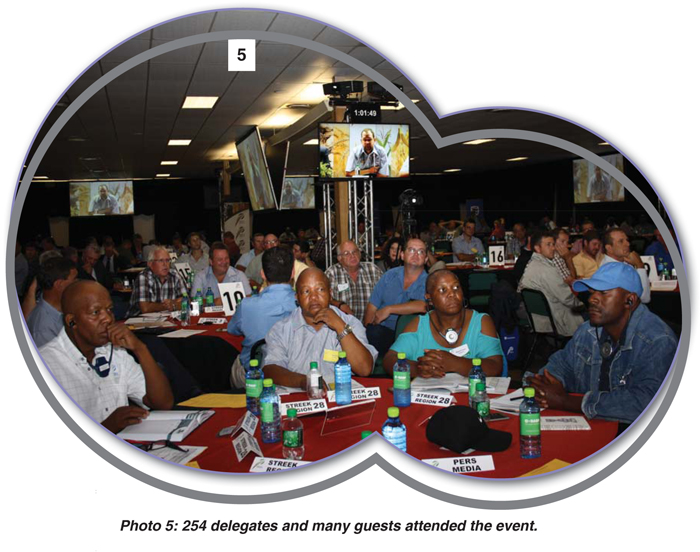 Protagonists on both sides insisted that farmers should find a path which will build unity rather than create division within the organisation. Day Two saw a new motion put to Congress by 2017 Vice-chairperson Mr Ramodisa Monaisa, who expressed thanks to everyone for their positive inputs on a sensitive issue saying: ‘It has made us great’:

Mongoato seconded the new motion with appreciation saying: ‘We are in this together’. Minnaar expressed his thanks for the valuable conversations that led to a unanimous acceptance of the motion.